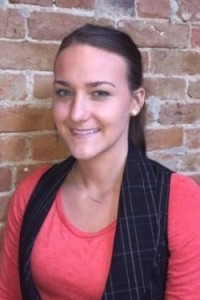 Nikki Lux works at MLJ Adoptions as a Home Study Assistant. She originally joined our team as an Adoption Preparation Coordinator in 2013. Currently, she visits with MLJ Adoptions families residing in Indiana and assists them in completing their home study. The opportunity to meet adoptive families and hear about their journey to adoption is the highlight of Nikki’s job.

Prior to working various child welfare jobs, Nikki served in the United States Marine Corps, developing a passion for the continent of Africa. Her travels to Uganda and Cape Verde opened her eyes to both a continent and a people who she has worked to educated herself and others on.

Outside of work, Nikki enjoys planning soccer, running, practicing yoga, reading and spending time with her family. Her and her husband are busy raising their almost two year old daughter, Marley and keep busy with their dog.

Nikki earned her Bachelor’s degree in Communications from the College of Mount St. Joseph’s in Cincinnati. She continued her education, receiving her Master’s degree in Social Work from the University in Southern California. Committed to the welfare of vulnerable people, Nikki has worked at the Department of Child Services and at Exodus Refugee Immigration, serving refugees, who are worldwide victims of persecution, injustice and war, to establish self-sufficient lives of freedom and sanctuary in Indiana. In addition to working at MLJ Adoptions, Nikki currently works as a social worker at Neuro Psychiatric Hospitals of Indiana.