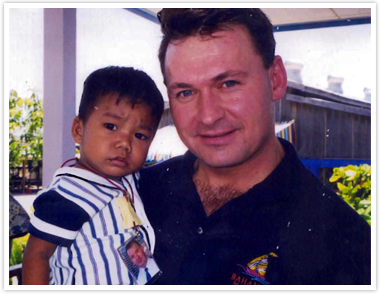 The Olympics are being held this summer in Rio de Janeiro, Brazil, with opening ceremonies beginning on August 5th and continuing through the closing ceremonies on August 21st.  Going back as early as 776 B.C. in ancient Greece, the Olympic Games represent the pinnacle of sporting achievement for all athletes. The games and competitions provide a chance for athletes across the globe to come together, compete and show the world what they are made of, and prove they are the best in their chosen sport.

Every athlete approaches the Olympics with reverence, hours of training, and devotion to honing their skills and endurance. Years of commitment, stamina and striving for perfection go into each athlete’s career. But of equal importance is the fact that all of the competitors also have a great support system of family and friends who cheer them on, provide emotional comfort, and push them to do their best.

This year I am intrigued by the story of Jordan Windle, a member of Team USA Diving. Jordan has come a long way from his country of birth, Cambodia. After losing both of his parents at the age of one, Jordan lived in an orphanage in Cambodia’s capital, Phnom Penh.  And at the age of two, Jordan was adopted by a single Dad, Jerry Windle. Jerry intentionally sought to adopt an older toddler-aged child after learning of the thousands of orphaned children in Cambodia in need of homes and forever families.

Jordan was introduced to diving at the age of seven, when he attended a summer camp and was identified as having a natural talent for diving. Since then he has earned many medals and achievements in platform and springboard diving, including qualifying for the 2012 USA Diving Olympic Team Trials at the age of 12, the youngest diver to ever qualify. These achievements have come to Jordan not only through hours of training and commitment, but also through the support of his family which now includes two dads; Jerry Windle and Andres Rodriguez. Another supporter of Jordan’s talents is Olympic champion Greg Louganis, who was also adopted and is now a close family friend and supporter.

Jordan not only represents the U.S. in diving; he represents the talents of orphans worldwide, which leads one to wonder how many talented children are being forsaken, who are adopted or never find their forever families. How much talent are we losing? Talent that could possibly change the world and make a difference.

Jordan’s family does not fit neatly into society’s typical idea of what family is. But Jordan’s family has proven that it does not matter what your family looks like; what matters is that Jordan’s family has enabled him to develop his athletic talent and reach the premiere sporting event. Jordan is well aware that his family may not be considered the norm for many, but Jordan is proud of his family, and rightly so. In Jordan’s own words, “ My dads taught me that “Love is Love”. Everyone deserves to be happy. I know there are a lot of kids out there who would love to have a family as great as mine.”

In addition to his achievements in diving, Jordan has provided his support to other causes that are close to his heart. Jordan returned to Cambodia for the first time this May, and while there he spent some time to working with young divers. Jordan has also devoted his efforts to campaigning against bullying and has co-written a book with his Dad titled “An Orphan No More…the True Story of a Boy”. Jordan also recorded a video for the “It Gets Better” campaign, which seeks to provide support to LGBT kids who are victims of bullying.

To read more about Jordan and his story, please visit http://jordanwindle.com/mystory.html.