Adopting from Congo – A 2016 Program Update! 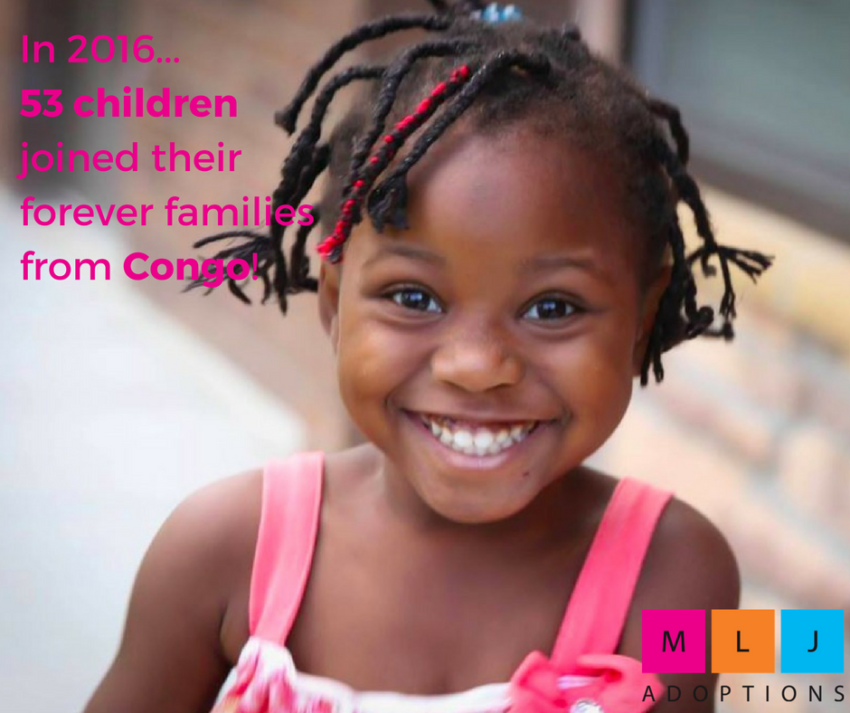 In September 2013, the immigration authority in the Democratic Republic of Congo ceased issuing exit permits to children who had been adopted by U.S. families, but who hadn’t joined their families in the United States yet. Rumors surrounding this exit permit suspension swirled while the international adoption community advocated that the children, who were located in one of the poorest countries in the world, be allowed to come home to their parents. The immigration authority in Congo originally stated that the suspension would last for up to a year, but at the end of 2016, almost three and a half years later, it remains in place.

Other parts of the adoption process were still being completed in Congo, but after those were completed, children remained in the MLJ-run foster care until their adoptive families could bring them home.

While the exit permit suspension is officially still in place, and the U.S. State Department is still advising families against beginning adoptions from Congo, this past year was one for celebration for many families. After over two years, exit permits were granted to all eligible children in MLJ’s Congo program!

Beginning in February, 53 children were finally able to join their forever families from Congo this year!

Our office staff and our Congolese staff continue to advocate for a lifting of the exit permit suspension, as there is great need for adoption from Congo, like much of Africa. While we anticipate new adoption laws in Congo in the future, there’s no way to know how they could impact the future of international adoption from the country.

Prospective adoptive families hoping to meet the critical need of adoption from Congo may find that our programs in Burkina Faso or Haiti meet a similar need. Unfortunately adopting from Africa has become increasingly difficult in the last decade, making Hague Convention Country Programs, such as ours in Burkina Faso, a good choice for families concerned about Africa’s instability in the area of adoption policy.

There are still millions of children who live without the protection of a family in DRC. If you’re interested in helping meet the needs of children who are currently living in MLJ-supported foster care homes, you can donate today.