Options for Adoptions from Latin America 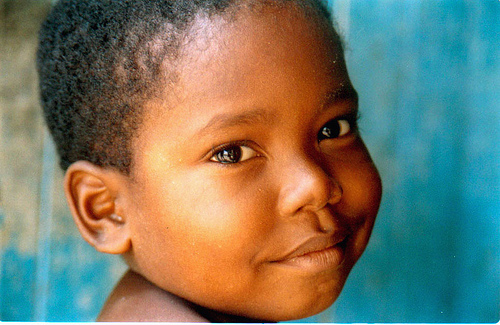 In light of the recent limitation on international adoptions from Columbia, we have been noticing an increased interest in our Nicaragua adoption program as well as our upcoming program in Mexico. As of July 15, 2013, the Central Authority in Columbia called the Columbian Institute for Family Welfare (ICBF) is no longer accepting adoption applications from non-Columbian citizens living abroad who are requesting to be matched with a child under 6 years and 11 months old or unless the child is considered to have special needs by ICBF. This is a significant change for the adoption program from Columbia, which has become a popular sending country in international adoption, placing 194 Columbian children with US citizen parents in 2012.

Columbia has been considered to be one of the most stable options for international adoption from Latin America due to its status as a Hague Convention county. For prospective parents considering international adoption, whether a country has signed on to the Hague Convention or not, may be one factor to consider in deciding which country to adopt from. There are pros and cons to selecting a Hague Convention country versus and non-Hague country. Some of the great benefits of adopting from Hague countries, like Columbia, are that the process is generally more stable and predictable. The Hague country must establish a Central Authority that is charged with overseeing the adoption process in the country. In addition, Hague countries are required to provide more information about the child’s social and medical history at the time of referral. This additional information can be a great benefit when considering if a referred child is the right fit for your family.

While there are definite benefits to adopting from a Convention country, there are also some general cons. Adoptions from Convention countries tend to take longer (due to the increased procedural requirements) and children are often referred at older ages. Children are often matched at older ages from Convention countries because part of the Hague Convention’s goal is to place a priority on domestic adoption, so that the child can remain in their country of birth and have a permanent family. In an effort to further this goal, many Hague Convention countries have established registries (or a similar process) requiring that a child remain on that registry for a specified period of time prior to being referred to prospective adoptive parents in another country. This is what we are seeing in Columbia now, as children from this country will effectively not be matched with parents until they are 7 years old and older. This change may cause families seeking to adopt from Latin America to select a different country program.

Nicaragua is a non-convention country program. Nicaragua does not have the requirement that a child remain on a registry for any specified period of time before being matched with parents internationally. Children from Nicaragua have been matched and placed with families at a much younger age than many other international adoption programs. Over the past year or so, we have seen families matched with children who were 2 years old, 9 months old, 3 year old, 3 week old, 5 year old and 7 year old children. In Nicaragua, parents are able to specify that they are looking for a younger child 3 years old and younger. However, it is important to note that wait times to receive a referral may increase when parents request to be matched with a child as young as possible.

Mexico is a Hague Convention country option in Latin America, which offers the safeguards and predictability of other Hague Convention countries. Children from Mexico will be able to be matched with parents under the age of 7, as Mexico will match children 5 years old and older or children with special needs (what is considered a special need will be defined within each Mexican state). MLJ excited to be one of only 6 agencies in the US approved to provide adoption services from Mexico.

Whether seeking out a Hague Convention country or a non-Hague country because you are looking to be matched with a younger child, adoption from Latin America may be a great option for your family.