Advocacy And Hope For DRC Adoptions 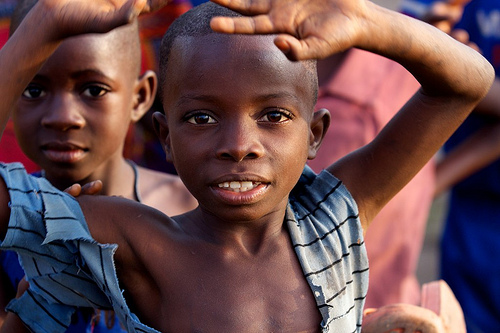 Why are international adoptions programs targeted?

Adoptions from Cambodia increased from 1999 with 161 adoptions to a dramatic 797 the following year. In December, 2001 all adoptions were suspended and after 2006 any residual adoptions have ceased and no orphans have been given an orphan visa by the U.S. government. The U.S. State department began investigating adoptions after the dramatic increase and found corruption and fraud in an undisclosed amount of adoptions and adoptions were then ceased. Since the closure of international adoption from Cambodia the number of orphanages in Cambodia has doubled. There was truly fraud and corruption in international adoptions in Cambodia. Often the fraud and corruption was in the process and not that a child was not an orphan but other times it was the later. Since 2006 Cambodia has worked at implementing the Hague Convention on Inter-Country Adoption and is now a party to the convention. The U.S. State Department has determined that Cambodia does not have proper implementation of the Convention and has not approved a U.S. partnership (adoptions) with them at this time.

Vietnam has a very similar story… in 2008 U.S. families adopted 135,813 US children. This is 17 times more than all international adoptions in one year from all countries combined. Most recently in Ethiopian adoptions: approximately two years ago, Ethiopia was being investigated for fraud and corruption in adoptions and several stories surfaced. However, this time adoption professionals, adoption agencies and adoptive parents determined that the orphans of Ethiopia could not suffer from another country being closed. They joined together to support ethical and transparent international adoptions in Ethiopia and requested the communication, cooperation and support of their Congressional leaders and the U.S. State Department. The U.S. State Department worked alongside of these groups and the Ethiopian government to create a plan for more ethical and safer international adoptions in the best interest of the Ethiopian orphans. US State Department and US Immigration Services (USCIS) implemented the process of Pre Adoption Immigration Review (PAIR). This has created stability and transparency in the Ethiopian process and most importantly created a means to continue international adoptions for the orphans of Ethiopia.

When an international adoption process is closed, orphans suffer. There is no other way of making the statement. Orphans have the fundamental human right to have a family. If their biological family cannot care for them and there is no one in their home country to adopt them; international adoption is their right. However, it must be done in an ethical way and we are fully commited to making sure that DRC adoptions can not only continue, but continue in an ethical way. This can be a challenge in the midst of differing cultural norms, political agendas and intense poverty.

We are calling for:

To give hope to DRC Adoptions, click here to see what you can do.