Home   /   MLJ Adoptions   /   Angelina Jolie Talks About Adoption Themes In Kung Fu Panda And At Home
24
May
May 24, 2011
by Elizabeth Nelson
in MLJ Adoptions 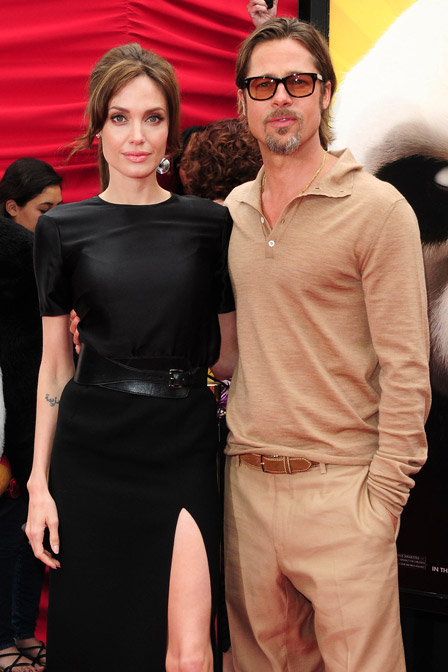 Not to beat it into the ground, but… Angelina Jolie is in the adoption news circuit again via a May 23, 2011, article in Life and Style Magazine. The article, entitled “Angelina Talks About Adoption”, outlines in depth how the Jolie-Pitt clan was formed and speculates if the couple will adopt again.
The Jolie-Pitt crew recently attended the movie Kung Fu Panda. Jolie stated that although she is very open with her family, she thought that the premise of the movie (Panda Po searches for his biological father) would invoke a sensitive conversation, but she was surprised about how her children took it all in stride. Jolie stated in this article that, while she and her partner, Brad Pitt, were sensitive to the themes of the film, the children were nonplussed. Jolie further stated, “We have had those discussions so often; they’re such happy wonderful discussions.”
This magazine article confirms what the MLJ educators always support – that there is no “set age for having ‘the talk’.” The story of adoption should be described in such a warm context that kids enjoy hearing it over and over. As children grown and develop, they begin to ask more difficult questions, but as long as the parent sets the stage, these conversations should flow smoothly. Jolie stated in the article, “We tell them everything….about orphanages, and we talk about their countries and differences, and it is a source of excitement and pride for them.” Jolie exemplified this by describing a conversation she overheard where her child Maddox explained to Zahara, “No, Zee, remember you were in that nice African woman’s belly; it was me that was in that nice Cambodian woman.”
Jolie credits her role as a United Nations Ambassador with her decision to most likely grow their family again. She tutors their children in their native languages and makes a clear attempt to educate them about their race and ethnicity. Jolie admits that some of her children have been adopted from areas of the world suffering conflict, and she is honest with her children explaining that, “there are families in the world that are not as fortunate as ours.” Once again, Jolie is a good example of an adoptive mother allowing her children’s stories to be their story and realizing that such truthful knowledge about their heritage gives children power over their own self esteem.
Photo Credit: Startraks