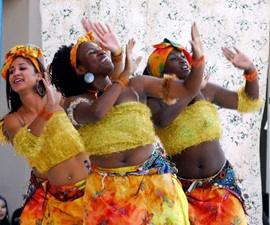 About ten years ago, the landscape of international adoption began to change. Countries like China and Russia, who had been involved with international adoption for a long time, became harder to adopt from. Publicity about famine and the AIDS epidemic in Africa created new interest in the West. African orphans started coming home to interracial forever families in larger numbers.
MLJ has united over 70 orphans from the Democratic Republic of Congo with forever families since our Congo program began three years ago. Interest in adopting from Africa has dramatically increased since 2002. Many families in central Indiana have expanded their families with orphans adopted from Ethiopia, Swaziland, Congo, and South Africa.
Americans have adopted orphans from nearly every country on the continent of Africa in the past ten years, including: Benin, Burkina Faso, Burundi, Cameroon, Central African Republic, Cote d’Ivoire, Djibouti, Ghana, Kenya, Lesotho, Liberia, Malawi, Mali, Morocco, Nigeria, Rwanda, Sierra Leone and Zambia. Many African countries have joined the Hague Convention on the Protection of Children.
Africa is the largest and most populous continent, after Asia. Geographically, Africa includes the broad Saharan Desert, the northern Mediterranean coast, vast savannas of shrubland, grass and trees, and tropical rainforests. Africa is considered the most multilingual continent in the world, containing hundreds of indigenous languages, as well as English and French. The northern half of the continent is predominantly Muslim and the southern half is predominantly Christian.
Despite the ravages of colonialism and slavery, Africa retains and celebrates a rich cultural heritage. This heritage includes drumming, dancing, and delicious food. The varieties of celebration are as diverse as the continent itself.
On Saturday, March 3, MLJ seeks to celebrate both the cultural heritage and the adopted children who share our lives. Our foreign staff from DR Congo will be traveling to join the celebration! The festivities will include demonstrations by African dancing groups and a potluck meal featuring African dishes. We ask that attendees contribute a side dish – African food is highly encouraged. www.congocookbook.com has recipes organized by cooking ability!
We look forward to seeing you March 3, from 3-7pm at Arch at Chatham, 607 E. North Street, Indianapolis, IN.
Picture credit