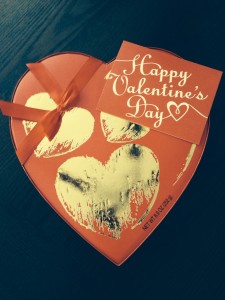 For those of you who have chosen to parent older children, you can probably relate to the struggles that many of us who have adopted older children face on a daily basis. There are days that you question why you did it, other days that you would openly admit you wouldn’t do it again, yet occasionally you get a glimmer of hope… that you are making a difference.

My son was adopted at age 11 ½  and he faces many challenges. His years of neglect, abuse and trauma have affected him in many ways. School is difficult due to learning disabilities caused by what he has experienced. He looks 15, but often times acts much younger emotionally. He wants to make the right choices, but struggles to do so “in the moment.” He’s often caught in a state of survival – where fight, flight or fear dominate his decisions – or he responds negatively and sometimes shuts down. Later when his mind is freed from survival mode and he can think logically, he apologizes and sincerely wants to do better.

In TBRI® Training, I learned how trauma, abuse and neglect impact brain chemistry. Trauma changes the brain and the “why’s” behind our children’s behavior, which can affect a child of any age (adopted or not), but is very relevant to most of our older adoptees. While I now understand and it does help me to deal with the behaviors, it does not make it easy to live, and some days are harder than others.

Yesterday, I took my son to the store because he had $20 burning a hole in his pocket and wanted to buy his girlfriend a Valentine’s Day gift. He picked out a box of chocolates, and because he had money left, he had to find a way to spend it.  I was becoming exasperated at his insistence, telling him that his remaining $10 could be saved for something else he would want. Later he came up to me with another box of chocolates – this would finish up his spending. I tried to talk him out of it, asked him who it was for and joked around asking him if he have two girlfriends.  He was determined to buy it so I finally said, yes. It was his money after all, he had earned it.

Last night when I went to bed, that second box of chocolates was laying on my pillow.  Along with the box was a note.  “To Mom. I will always love you and dad. Thank you for a good family. Thank you for a chance in my life. You are a cool mom.” This is one of the moments I cherish. This is what I cling to when I want to throw up my hands and scream.  This is the glimmer of hope I try to hold on to on the days I just want to give up.

For those of you who are considering adopting an older child, it is a long and sometimes difficult road. The rewards may seem few and far between and the challenges great. Am I saying this to discourage you? To change your mind? No. I share this with you to encourage you, to do what you can to make a difference in the life of an older child. However, in saying that I want you to know it takes tremendous love and patience. Equip yourself. Educate yourself. By equipping yourself, you will have the tools needed to help your child. By educating yourself, you will better understand what you will face and how to best deal with situations as they come up – and they will! Being prepared will put you in a better position to meet your child’s needs as well as keeping your expectations in check.

So, is it worth it?  I have a box of chocolate and a Valentine’s Day card that say ABSOLUTELY.