Christmas In The Democratic Republic Of Congo 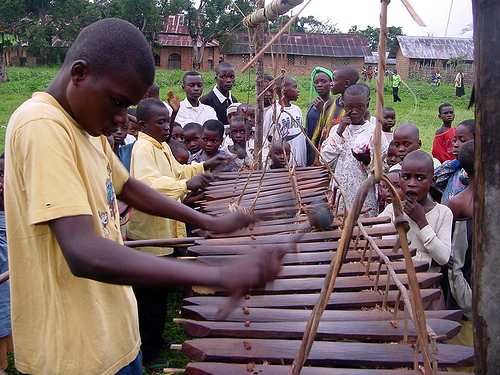 When I started working at MLJ earlier this year, I knew it would be a learning experience in many ways. That’s an understatement! I started reading everything I could about the Democratic Republic of Congo, the war and political unrest, the orphan crisis, and I couldn’t stop reading. I was stunned that I made it all the way through college not hearing anything about it (but that’s a different blog for a different day).

After 8+ months, I still try to read about Congo every day and I consistently notice in articles, whether happy or tragic, the resiliency of the Congolese people shines through.

Although there are several different native tribes and other religions throughout Africa, the majority of the Democratic Republic of Congo is Christian and celebrate Christmas very much like many people in the United States and Canada.

CHURCH
In all African societies, spirituality is of great significance. This shows in the way African people live and celebrate life in general, rich or poor, and holds true with how they celebrate Christmas. In Kinshasa, people go door to door singing songs about the birth of Jesus Christ on Christmas Eve. They also put on plays, some sing and dance.

Despite all of the celebrating on Christmas Eve, the main focus is on a church service on Christmas morning. Service is held where the Christmas scene is enacted and hymns and carols are sung.

FOOD
On Christmas Eve there may be a meal consisting of rice and yam paste (called fufu) with stew or okra soup, porridge and meat. Families eat together and may also eat with close neighbors. I was so excited to see “fufu”, as it’s been reported as a favorite in a couple of our foster homes and I wondered what it was. “Fufu is a thick paste usually made by boiling starchy root vegetable in water and pounding with a mortar or pestle”.

The Christmas dinner is often eaten outdoors with everyone sitting in a circle to share rice, beef and biscuits. For many, most likely those in orphanages, the meal IS their Christmas gift.

GIFTS
Families who are financially able will buy gifts for one another. However, Christmas is definitely not as commercial as it is in the U.S. For both reasons of necessity and availability, most Congolese give gifts such as cotton cloth, soap, sweets, pencils and books. It was noted that the most common gift given in Congo is a new set of clothes for Christmas church.

Two gift-related similarities that I found between my own Christmas as a child and those of the children in the Democratic Republic of Congo, were that many do have some form of “Santa Clause”, and many children also hang stockings with the hopes of getting some goodies.

I liked one tradition that’s said to be practiced throughout Africa: the gathering and offering of gifts for Jesus Christ. People will gather branches, stones, leaves and other items to bring as birthday gifts for Jesus.

DECORATIONS
In Congo, you may see decorations in palm trees or mango trees and some people light candles. Some people use the fake spray snow for the windows and store-fronts, because, unlike many parts of the US and Canada, they will not see a white Christmas.