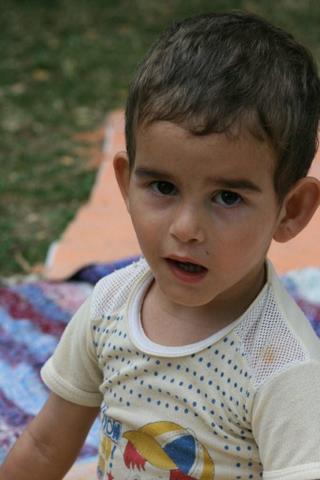 I was reading Shaoey and Dot by Mary Beth and Steven Curtis Chapman one day during the time I was waiting to adopt my two Ukrainian daughters, and the words in the book shook me to my core. I was so devastated I had to stop reading the book and get myself together before finishing it. Those are the words that drive me to want every child to have a mother (and father).

For those of you who are unfamiliar with the book – it is a story created about the Chapman’s first adopted daughter from China (Shaohannah or Shaoey for short) and is told by a ladybug (Dot). Below are the words that brought my tears:

On their way to the place where the family was waiting Dot thought she should try to explain. “Well this is the day,” she said to her friend. “Everything’s getting ready to change.

“See, I’ve waited till now to tell you this story. It’s about all the reasons you cry. Sometimes it’s because you feel sick, tired, or hungry, And sometimes you just want your pants dry.”

“But, then, there’s a cry that’s the saddest of all. In fact, it’s unlike any other. It comes from a deep, empty place in your heart that can only be filled by a mother.”

These words reached deep inside me – I love my children so much, I can’t begin to imagine how it must feel to a child to not have a mother’s (or father’s) love. It is that love I have for my children that drives me so much to want that for other children. I started working in orphan care over a decade ago trying to help children find forever families. It led to our family adopting four children from Ukraine. Today, I’m still working to advocate for children who currently live outside the care of families.

It truly breaks my heart that as the number of adoptions are on the decline, the number of orphans is on the rise. There are so many children in need of families, especially older children! I adopted four of my children from Ukraine, who’s perspective on orphans is similar to Russia. The Christian Alliance for Orphans (CAFO) shared that a 2002 Russian case study that there were approximately 15,000 Russian orphans who aged out of the orphanages between the ages of 16 and 18 years of age. This study found that after only 2 years after leaving, 33% of the children were unemployed, 40% were homeless, and around 20% had committed crimes. Even more sad, were that 10 % had committed suicide and close to 50% of the girls were involved in prostitution. Children who are not adopted face a bleak and often hopeless future, especially from their perspective.

There are many older children in our Ukraine currently in need of a family. If adopting an older child is something that’s been on your heart, and you can’t imagine children growing up outside of the love and protection of a family, our Ukraine program could be a great fit for your family.

For more information about adopting from Ukraine or about international adoption in general, contact us.