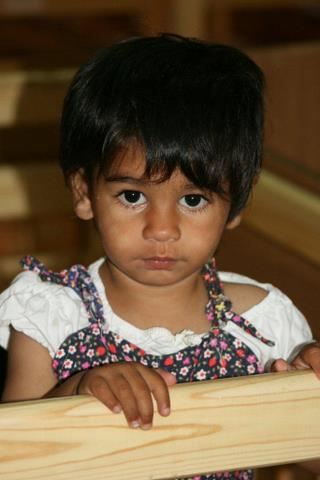 Many Americans, when hearing the word “Gypsy” will react positively and envision an exotic fortune teller or remember the song by Cher, or possibly the movie, “The Hunchback of Notre Dame” featuring the beautiful, heroic character of Esmeralda. Unfortunately, in other parts of the world, the word “Gypsy” is derogatory and is viewed as an insult. Specifically, in Eastern European countries such as Bulgaria, “Gypsy” is an offensive, derogatory term used to describe people of Roma descent. People of this ethnicity are highly discriminated against in Eastern Europe with many considering them to be stupid, dishonest, or lazy.

The reality is that people of Roma ethnicity are poor, deprived of education, and have very few opportunities. They often have little access to basic public services, such as health care, public transportation, or sanitation. These conditions make prenatal care difficult or nonexistent. Therefore, Roma children are frequently born with special needs.

The special need conditions found most often in Roma children include developmental and psychological delays, lack of medical and family history, mild correctable conditions and conditions needing surgery to correct. These issues can be mild to severe and also include situations that create special needs such as older children waiting for international adoption and sibling groups of three (3) or more. Roma children are frequently abandoned due to their special needs condition or their parents’ poverty. These children are not likely to be adopted domestically in their own country due to the negative perception of people of Roma descent.

Bulgaria is a Hague country and has implemented a stable and predictable process for international adoption. Children of Roma descent are beautiful and have dark, soulful eyes. Families adopting from Bulgaria give the most vulnerable child an opportunity and an improved future. The medicine and health care that is available in the United States makes a world of difference to these children. Often, just the love and attention of a family offer much healing; I often describe it like a flower that is wilting and dying from lack of sunshine and water, but when lovingly tended the flower thrives and comes in to full bloom!

“Trade a life of ordinary for a life of extraordinary.”