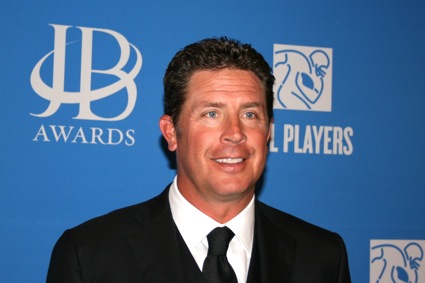 Adoption is everywhere. If you keep up with our blogs, it is evident that adoption can touch lives anywhere and everywhere, including all-star athletes in the National Football League. In 1983, Dan Marino was drafted in the 1st Round of the NFL Draft by the Miami Dolphins After several years and several broken records, this talented quarterback eventually made his way into the Pro Football Hall of Fame. Having seven children – two adopted girls from China and five biologically – Dan Marino stands out from other NLF stars.

The Marinos welcomed his first born son, Daniel Charles in 1986. Two years later they welcome their second son, Michael Joseph, and in 1989 added third son Joseph Donald to the Marino team. In 1992, their son Michael Joseph was diagnosed with autism. Driven to help their son and other children with similar special needs, he created the Dan Marino Foundation – an organization to spread awareness and raise funds for research. The same year, the Marino’s introduced their first daughter Alexandria Claire to the family.

While still an NFL super star, Dan added acting to his resume in 1994 when he played himself in a Jim Carey movie – Ace Ventura: Pet Detective. Although he never won a championship, his career is one to be proud of. He was named in nine Pro Bowls, completed 420 touchdowns, and was the first quarterback to throw for 5000 receiving yards in one season. After his retirement, the Marino’s brought home adopted daughter Niki Lin in 1999, and welcomed a second daughter Lia home from China in 2001.

“The Foundation’s mission is to “open doors” toward independence for children and young adults with autism and special needs by creating awareness and opportunities. The Foundation fulfills this mission by supporting comprehensive integrated treatment programs, providing outreach services, advancing scientific research, and building independence through employment and daily living transition programs. The Foundation has raised over $37 million to fund quality-of-life research, build the Miami Children’s Hospital Dan Marino Center, and opening in 2013-2014, the Marino College.”

To learn more about the Dan Marino Foundation, visit danmarinofoundation.org.

Marino will be in New Orleans commenting for CBS during Super Bowl XLVII.