What Is Dia de los Muertos? 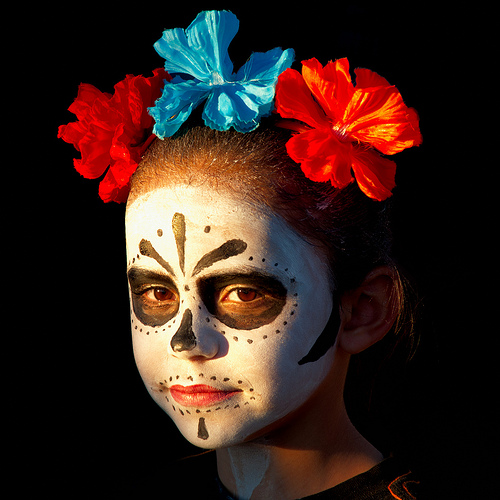 What is Dia de los Muertos?

In adoption preparation classes we encourage parents to embrace their child’s culture of origin. One way to do this is to learn about and celebrate traditions and holidays that are part of that culture. For parents who have or are adopting from Mexico, Nicaragua, Honduras, Guatemala, or other Latin American/Hispanic countries one such holiday is Mexico’s Dia de los Muertos (Day of the Dead), a celebration for remembering and honoring loved ones who have died. Other Central American countries, such as Guatemala, Honduras and Nicaragua, have similar traditions. Dia de los Muertos is also celebrated in regions of the U.S. and in other countries with large Mexican/Hispanic/Latin American populations.

Dia de los Muertos’ roots go back some 4000 years, predating the existence of Mexico as a country. The origins actually can be traced to the Olmecs, Maya and Aztecs—civilizations that shared a belief in the afterlife, a belief that when a person died their soul continued to exist in the afterworld. What grew out of this belief was a celebration of death instead of fearing it. Death was seen as a continuance of life, another plane of existence.

Once a year the Aztecs held a month-long festival celebrating the death of their ancestors, while honoring Mictecacihuatl, Queen of the Underworld/Lady of the Dead. During the festival they first honored los angelitos (deceased children), then adults. The festival began in late July and lasted into August.

Upon conquering the Aztecs in 1521 the Spaniards tried to force them to accept their Catholic beliefs, as they felt their customs were pagan and barbaric. What resulted was a compromise. Under Spaniard rule the Aztecs blended their beliefs with the Spaniards’ by agreeing to attend special Catholic masses to commemorate the dead, shortening the festival to two days and moving it to correspond with All Saints Day and All Souls Day, which took place on November 1 and 2 respectively.

Indigenous customs and traditions prevailed, transforming Dia de los Muertos into the present day holiday. Although November 2nd is the official date, Dia de los Muertos is celebrated between October 31st and November 2nd. Some preparation can be begin even earlier. The holiday is celebrated privately and publicly, mostly in homes and in graveyards. Traditionally, November 1st honors deceased children and infants, and November 2nd honors adults who have passed.

The loving and joyous ritual of Dia de los Muertos continues to evolve and gain popularity as others are drawn to and inspired by color, flavor and fervor of this rich celebration. Join MLJ as we celebrate Dia de los Muertos on Sunday, October 28, from 2-5pm. Sign up here.