Home   /   Congo   /   DRCongo: Zongo Falls Part 2
27
May
May 27, 2011
by Sonja Brown
in Congo
Read Part 1 of this story
The attraction of the Falls is not necessarily the height but the sheer force of the water plunging over the cliff. The force of the water is quite impressive and when standing on the brink, either extraordinarily exciting or, as in my case, the source of extreme anxiety. This is not something that you could do in the Western world. The liability of allowing a tourist to get so close to falling over the edge of the Falls would be just too great. There are no safety rails or harnesses. You are just standing at the edge of a cliff, with rushing water plummeting over a cliff just a few feet away. Three of our group were brave enough and curious enough to peer over the edge; I was not one of those three. 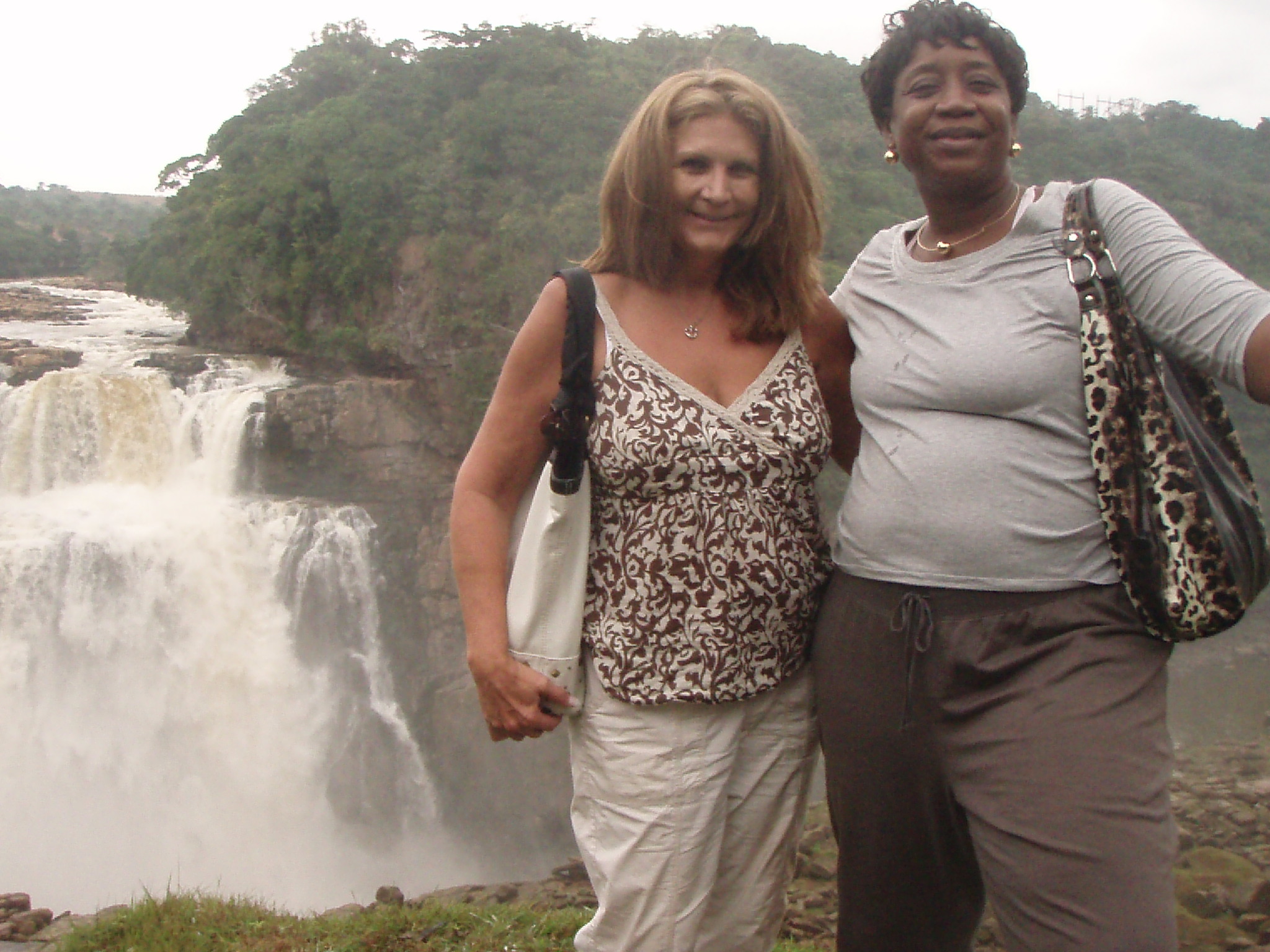 The second half of our adventure was hiking through the jungle to the other side of the Falls. We descended the length of the Falls and then traveled back up again to view the Falls from the opposite side of the river. While there was a trail, there were no steps, no concrete walkways. Sometimes steep, we made our way down with the possibility of loosing our footing and tumbling down.
Once we reached the bottom there was a cavern in which, we were told, individuals had gotten lost and never returned. We
were told that no one knows where the cavern leads. Again, this is another venture that I decided not to join. Further hiking lead to the river at the bottom of the falls, the start of its journey to the
Congo River. From this vantage point we were sprayed by the continual raining mist of Zongo Falls – nature’s shower as it has been described.
After a hike up into the jungle, we reached our destination on the other side, the view of the Falls is nothing less thanbreathtaking and spectacular. From this view we saw the perpetual “rain” resulting from the spraying water from the Falls. This continual mist has allowed for very lush and green vegetation to border the river and the Falls. The view was the Falls directly in front and the river below which lead to the Congo River. Everyone was silent as they took in the breath taking view of nature.
After silent contemplation in the quiet of the jungle, the group headed back for the long and bumpy journey home. We were tired, perhaps sore from the hiking, but we realized we had just witnessed a natural and awesome phenomenon that not many people in the world have seen.