Elections in the Democratic Republic of Congo 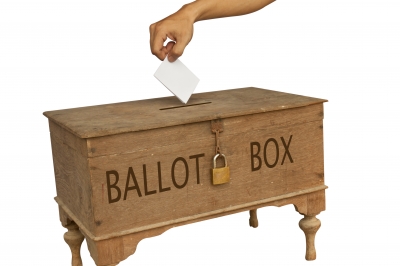 While the world is watching, in November, voters in Democratic Republic of Congo will head to the polls for the second democratic vote in decades. The National Electoral Committee has reported over 31 million have registered for this year’s vote, 6 million more than in the 2006 election. Joseph Kabila, the current residing president, has said that the elections will be held on time and will be democratic and credible. Kabila came to office in 2001 after his father was assassinated and was re-elected in the 2006 elections.

Is there cause for concern with the elections looming next month? Of course we never have guarantees nor do we have a crystal ball. Those in the know can only provide an educated guess based on their knowledge of the past and of the current conditions in DRC.
While in Congo, I had the opportunity to speak with a UN representative with regards to the upcoming elections. Unofficially, I was told, that while there are always uprisings in DRC, the groundwork that was present in the 2006 election is not present today. As a result, he felt that the elections next month would not cause the same degree of violence as was experienced in 2006. Additionally, he felt that uprisings would be more likely to occur in Eastern Congo where war, conflict and violence are still very much prevalent.
The United Nations continues to have a presence in the Democratic Repbulic of Congo with their UN Stabilization Mission. The UN has called for calm during the election as well as the days leading up to the election. Foreign assistance, while substantially less than in 2006, is being provided from the worldwide community in the form of monetary assistance, help with security, technological assistance etc. These donors have a collaborative vested interest in the voting process to ensure the voting process occurs smoothly and credibly.
While the blooming democracy is holding elections and the process is imperfect, there is no other alternative. Over the last year many uprising have occurred across Africa for democracy to replace dictatorships. Most recently, with the assassination of Libyan leader Moammar Gadhafi. Congo is a few steps ahead of these countries. After speaking with those residing in Congo and familiar with its history, we anticipate little if any disruption with the adoption process, but as always, we have no guarantees and can only watch and wait for events to unfold and hope for the best. Our wish for the Democratic Republic of Congo and its citizens is for the democratic voting process to proceed as intended; for its citizens to be heard and to vote for officials who will truly act in their best interest and in the best interest of the country.
Photo Credit