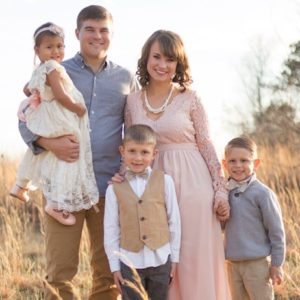 Families come to adoption to expand their families for various reasons, whether through infertility or the desire felt through a calling to offer a child a forever loving family. Families generally have three options when choosing adoption to expand their families which include private domestic adoption, foster care adoption or international adoption. All three offer both pros and cons.

Private domestic adoption in the U.S. involves a U.S. born child where the biological parents have consented to the adoption of the child and allows the biological parents to choose the adoptive parents. Costs for private adoption range, depending on the agency and attorney expenses involved. States also allow for stipends to be paid to biological parents for expenses during the pregnancy. Costs vary wildly from $5,000 to $40,000 with the average being about $28,000. The process of domestic adoption is determined by state law. Families generally provide profiles of themselves to agencies and wait to be chosen by a birth parent. Adoptive parents can opt for an “open adoption” if they wish contact with the birth parents after the adoption is finalized or opt for a “closed adoption”, where no contact is included in the agreement. Risks to domestic private adoption is the fear of a birth parent changing their mind during a pregnancy or after the birth of the child, in some cases, birth parents have changed their mind even after placement of the child in the new adoptive family and the result has been a lengthy court battle for parental rights and physical custody of the child.

International adoption, a third option, involves the adoption of a child from outside of the United States. It’s a complex process due to adoption law and immigration law, and is managed by the U.S. State Department in addition to the governments in other countries. Many countries allow intercountry adoption and the process is governed by several factors, including the laws of the United States, the laws of the sending country and whether the country is signatory to the Hague Adoption Convention. The length of the process of international adoption also varies depending on the sending country and can range from two years to seven years in some countries. Costs for international adoption are generally $25,000 to $40,000. In most cases, families are expected to travel to the country of origin, sometimes more than once, which can drive up the total cost of the adoption. However, travel to the country your child was born in provides insight into the culture and society of your child’s heritage. One plus for adoptive parents is that the likelihood that a biological parent would challenge the adoption is little to none. Children eligible for adoption range in age from infancy to teens and ages of children are determined by the sending countries’ needs and laws.

In all three processes children vary in ages and all three offer children with additional needs. The focus of an adoption of a child should focus on the child’s best interests in all three types of adoptions.

Whether you choose foster care to adopt, private domestic adoption or international adoption, know that not only are you choosing to expand your family through adoption, you are providing a vulnerable parentless child a loving forever family and you are choosing to make a difference, even if it is one child at a time.