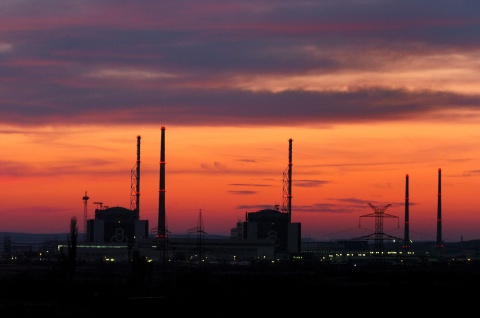 Tests conducted on Bulgaria’s Kozloduy and Belene nuclear power station sites have found that both could withstand the strongest possible earthquakes in the region, the country’s Nuclear Regulatory Agency said on January 5, 2011. The tests were conducted as a result of the Fukushima nuclear power plant disaster in Japan. Safety checks are being conducted on all 143 of Europe’s nuclear reactors.

Bulgaria has two nuclear reactors generating about 35% of its electricity. Bulgaria’s first commercial nuclear power reactor began operating in 1974. Electricity consumption in Bulgaria has been growing slowly since 1980 so the country has become a significant exporter of power. In 2006, Bulgaria‘s National Electricity Company produced 45.8 billion kilowatt hours gross and exported 7.8 of these to Greece, Turkey, Serbia and Macedonia. Bulgaria was vital in supplying power for the 2004 Athens Olympic Games.
A ten-year grid plan published in 2011 by Bulgaria’s Electricity System Operator plans investment of €390 million by 2015 to connect up to 1800 MWe of wind and 600 MWe of solar capacity to the country’s transmission grid, and over €300 million in the succeeding five-year period if the planned Belene nuclear plant is built. Forecasting very little growth in domestic demand, the plan makes it clear that Belene’s 15 billion kWh/yr would be largely for export.
The plan to build the Belene nuclear plant has engendered controversy amongst opposition parties. Because Bulgaria exported records amounts of electricity in 2011 and the existing units were not even working at half of their capacity, critics argue, the investment is not necessary. They have also pointed to environmental harm and negative health effects on children living near nuclear plants as reason not to build additional nuclear capacity.
Cancer in children, who are more sensitive to radiation than adults, has been a particular concern of activists. Research on the health of children living near nuclear plants is conflicting. A large study commissioned by the German Federal Office for Radiation Protection (BFS) found clusters of cases of the blood or bone marrow cancer among children aged under five-years-old living near 16 power stations in the country. It concluded that children living within three miles of nuclear power stations are more than twice as likely to get leukemia as those who live further away.
However, a large nationwide longitudinal study found no evidence of an increased risk of cancer in children born near nuclear power plants in Switzerland. The study was performed by the Institute of Social and Preventive Medicine (ISPM) at the University of Bern (Switzerland) in collaboration with the Swiss Childhood Cancer Registry and the Swiss Pediatric Oncology Group.
Photo Credit