Giving Birth to an Elephant 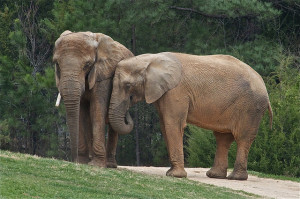 Did you know that the gestational period for an elephant is 18-22 months? Can you imagine waiting that long? The anticipation alone would feel like it is going to kill you, and it’s accompanied by physical exhaustion and pain. I would think that by the 18th marker you would be so ready to get that little one out that you would threaten to do it yourself. Can you imagine hearing your doctor tell you that it looks like you will have to wait the full 22 months? Here you have been hoping and praying for that little one to make their appearance 18 months or closer, but you have another full 4 or 5 months to go. I have heard it said that waiting for an adoption is like giving birth to an elephant, and I could not agree more. The emotional pain I felt while waiting for our first adopted child could have well matched that of carrying and giving birth to an elephant, maybe even two. They told us when we signed up for our adoption journey that it would be long and hard, but the rewards would be great. We were so excited by the idea of the adoption miracle that we nodded our heads, acting as if we had some clue. But in reality, we had no idea.

Our little miracle was born on June 23, 2007. My husband and I decided to go and meet this new member of our family, which was the greatest decision of our lives. On July 25, 2007 we met our daughter. When I first held her, I could not believe that this beautiful baby girl was ours. Her hair was ebony black, matching her big beautiful eyes. Her skin was a cinnamon colored and very soft. When I looked into her face, I saw God. (I wondered: How could anyone not?) I remember the overwhelming joy that I felt when I asked my husband if he would like to hold our baby girl for the first time. He could not take his eyes off of her. She grabbed his finger and held on as if saying, “Daddy, I am all yours.” The week we spent together in Guatemala, learning how to be physical parents for the first time, was the best week of our lives. We finally knew what they meant by the “rewards” of adoption. God had given us the ultimate gift. Sadly, we had to leave our daughter behind and pray that her adoption journey would come to an end soon.

When we left our daughter behind, we also left our hearts behind. We worried about her well being every minute of the day and wondered when we would finally be together again. When we placed our child back into her foster mother’s arms, we told her we loved her, and promised to come back soon. “Soon” did not come soon enough. Every holiday that past was just another reminder of her absence. We look at the empty bed in her room wondering when we would see her in it. I began to feel as if I was a poor elephant with months to go. Finally on March 12, 2008 we traveled to Guatemala where we were reunited with our baby girl! After months of waiting, praying, crying we had her! We had finally hit the 22 month marker. All the pain we had felt, all the tears we had cried, every paper we collected and fill out, and every dollar we had spent was all worth it! I will never forget what my husband said almost right after we had gotten her, “This is awesome; I want to do this again!”