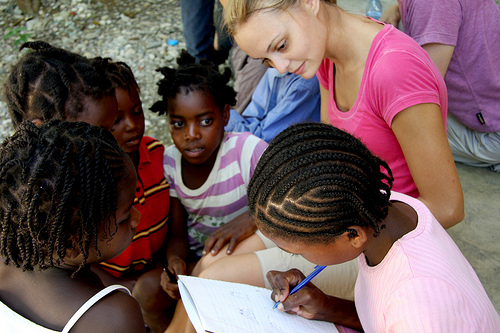 Haiti has deposited their instrument of ratification to the Hague Permanent Bureau (the “Bureau”) as of December 16, 2013, joining the 1993 Hague Intercountry Adoption Convention (the “Convention”). The Convention will go into force for Haiti on April 1, 2014, provided the Bureau approves. Following the deposit we now know more about the future of adopting from Haiti, but many unknowns still remain. MLJ Adoptions is one of nineteen international adoption agencies working in Haiti.

What do we know about Haiti joining the Hague Convention?

We know that parents adopting from Haiti under the Hague Convention must use a Hague Accredited or Hague Approved Adoption Services Provider, complete Hague compliant education, and will complete the Hague Immigration process using forms I800A and I800 in the future.

We know that the deposit means that following April 1, 2014, adoptions from Haiti must be Hague compliant. However, a grandfathering scheme for adoptions initiated under the non-Hague/Orphan process by filing their I600A prior to April 1, 2014 may be permitted.

What is still unknown about Haiti joining the Hague Convention?
U.S. Department of State is currently reviewing Haiti’s compliance with Hague and the results of this review are unkown. Convention adoptions will not be permitted between Haiti and the US following the implementation of the Convention, unless the U.S. State Department makes a determination that Haiti is Hague compliant. We will all be keeping a lookout for the State Department to find that Haiti is compliant, and therefore may be designated as a “U.S. Hague Partner.”

Since July 11, 2012, when the Haitian Parliament ratified the Hague Convention, US advocacy organizations (such as Joint Council on International Children’s Services) have worked diligently to educate IBESR and other governmental players in the international adoption process about Hague compliance. We know from experience that Haiti and IBESR have shown a commitment to Hague compliance standards, as they see them. Haiti has made many changes in getting to this point becoming more centralized in adoption processing and more transparent, as is required under Hague. We are hopeful that the efforts made in Haiti are implemented in a Hague compliant manner and in the best interests of all Haitian children.

There will still be unknowns regarding how adoption visas will be processed for families during this transition. Depending on where a family is in the adoption process, the family may be grandfathered in under the Orphan process to receive an IR3 or IR4 visa to travel to the US. We do not yet know which cases may be grandfathered by the Haitian government for dossier and adoption processing or by the US government for adoption approvals and immigration.

The international adoption process in Haiti is open and adoptions are being processed. We will be continuing to monitor the progress of Haiti’s transition to Hague. We are hopeful that this transition will be a smooth one and be looked to as an example of success for resource poor countries seeking to become Hague. We look forward to seeing the stability and transparency that Hague will bring to international adoptions from Haiti.