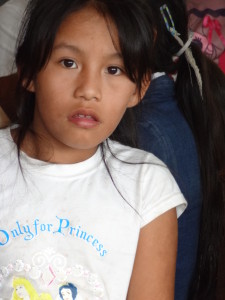 MLJ Adoptions is thrilled to announce that we have received our first referrals from Mexico! Receiving the first referral is a critical milestone in the development of an international adoption program. The MLJ Adoptions’ international program staff has worked very hard over the past years to receive the approval needed to work in Mexico and is currently one of only six agencies licensed to facilitate adoptions there. Families that sign up for a pilot program are trailblazers and their process paves the way for many other families to come.

Our Mexico families have spent time preparing the necessary paperwork to submit to Mexico’s central authority for adoption – Desarrollo Integral de la Familia (DIF), and then to the State DIF authorities.  Preparing the dossier and waiting for approval from the National DIF and then the State DIF can take some time.  Our first families dossiers were submitted in October, 2014 and after only six months of waiting, one of our families received referrals from the state of Hidalgo.  I have met with DIF Hidalgo many times and have found them to be child-centered, and adoption friendly. The first lady of Hidalgo, who is the head of DIF Hidalgo is an adoptive mother and holds the adoption process in high esteem.  Hidalgo is approximately an hour and a half from Mexico City and is a beautiful and historic state.

We look forward to seeing more referrals come and look forward to celebrating the children come home to their forever families.  Mexico, as well as many other countries, is a county with a great need for families that are willing to adopt children ages 6 and older, as well as sibling groups and special needs children.  The rate of poverty in Mexico has grown from 52.9 million reported in 2010 to 53.3 million in 2013 (Wilson Center). Most children are abandoned in Mexico because of poverty, discrimination against indigenous tribes or unplanned pregnancies. The extreme poverty is partially due to the lack of clean drinking water and ability to provide food to these children, especially in the villages of the  indigenous tribes who typically live outside the city in remote areas. Another factor is the increasing violence due to the drug cartels which also leaves many children without families and living in orphanages.

Every child deserves to grow up in a loving family regardless of the circumstances they were into which they were born.  If you are looking to adopt where there is great need, please consider adopting from Mexico. Mexico is party to the Hague Convention and provides a transparent and predictable adoption process. Many families who have adopted previously from other Latin American countries, such as Guatemala or those that have ties to Central America or are involved in the Hispanic community may find Mexico to be a wonderful option to add to their families by adopting from Mexico. Married couples and single women can adopt from Mexico.

For more information about adopting from Mexico, please contact us.