What Kinds of Foods Can I Expect to See in Haiti? 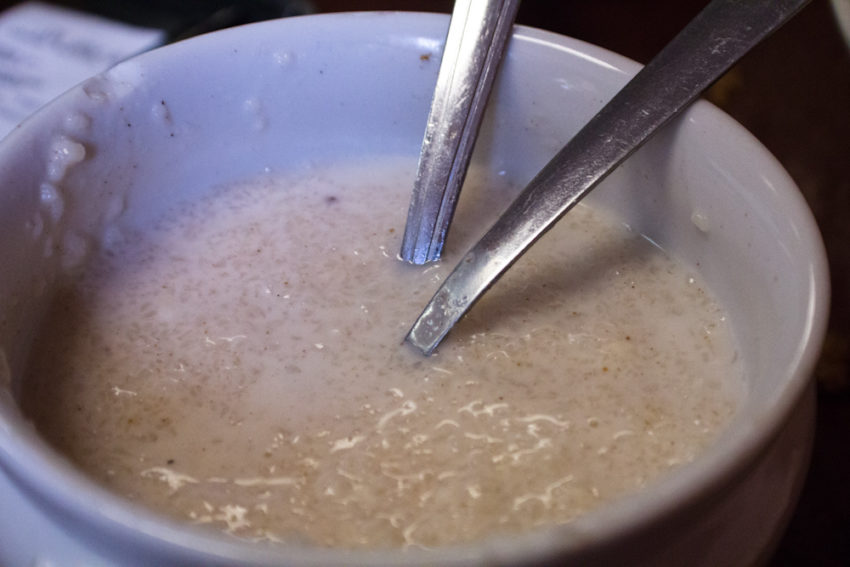 In June, I was fortunate to go to Haiti, one of our partner countries which comprises the western third of the island of Hispaniola. It is a relatively small country with large mountain ranges, open plains, some virgin forests and, of course, the beautiful waters of the Caribbean Sea. Many of our clients often ask what kinds of food will they find when they travel to Haiti. They are often surprised to find that Haiti’s cuisine has been strongly influenced by Spanish, French, African, United States, Caribbean, and Creole cuisines, which combine to make its foods particularly unique. Spices, fruits, vegetables, and seafood all appear regularly in what is considered Haitian cuisine.

Unfortunately, Haiti is also the poorest country in the western hemisphere. High unemployment (about 70%), a lack of pure water supplies, poor sanitation, a lack of health care, little to no refrigeration, recent massive natural disasters (the 2010 earthquake and recently Hurricane Matthew), and diseases such as cholera have also affected Haiti’s food supply and the types of foods consumed by most Haitians. About 61% of the Haitian people are undernourished and vitamin deficient, and 28% of Haitian children under age 5 are underweight. The life expectancy in Haiti is one of the lowest in the world. One must certainly consider both quantity and quality when talking about the foods available in this country. For these reasons, more filling items such as porridges, beans and rice, cornmeal-based soups and stews, and readily available fruits are the most common foods eaten by Haiti’s general population.

Both large cities like Port-au-Prince and smaller villages throughout the countryside rely on the foods brought to market from peasants, fishermen and farmers. Street vendors set up all kinds of makeshift stands along the streets to cook and sell foods to the townspeople. In a society marked by high unemployment and poverty, these entrepreneurs provide both social and nutritional resources to the Haitian people.

Consequently, street food is common here. In the wee hours of the morning, you can see people, mainly women, walking long distances into town juggling large baskets on their heads containing vegetables, fruits, beans, bread loaves, eggs, and fish. It is incredible how they can manage this load! Others, mainly men, trudge up and down the hilly roads with huge bags of rice and cornmeal or long branches of ripe bananas and plantains. Fires are lit on the ground to grill corn and meats. Sterno cans are often used to cook stews and large pots of rice and beans. For about $2, you can get a Styrofoam container of a stew or rice and beans that can easily feed two people. Wheel barrows loaded with bottled water and soft drinks are pushed through the gathering crowds all day long, as everyone needs to stay hydrated in the warm climate. Gardens containing several stalks of corn, potato vines, peppers, okra, and onions are dangerously perched on the slope of a hill or carved out of the rocky ground near the shanty towns. Rickety tables along the curving, dusty and garbage-laden roads hold fruits such as mangoes and pineapple, sugarcane, and cages with chickens. Tiny shops often constructed out of corrugated metal sell sweets and candies for the children as they walk to and from school. Children and women carry buckets of water from the local supply faucets to and from their homes all day long. Emaciated goats search carefully among the garbage and vegetation for scraps of food to eat. Don’t be surprised when vendors shout at you to get your attention and sometimes even knock on your car windows to sell you their items, as they are simply trying to make a living.

Restaurants for those with higher incomes and tourists carry foods common to Haiti, as well as those more expensive dishes which are inspired by the culinary influences of French, Creole, American, and Caribbean cultures. For breakfast, food items can include the usual eggs, bacon and potatoes, but you will also find spaghetti (yes!), fruits, juices, and sweet breads. Lunches and dinners often contain soups, chicken, seafood, goat, fried pork, rice, beans, plantains, yams, French cheeses, pikliz (spicy cabbage and vegetables) and flavorful sauces such as timalice (a spicy tomato and onion mixture). For holidays, such as Christmas, a meal can contain fried pork or goat, pikliz, fried plantains, and Haitian bread. On Sundays, pumpkin soup is often eaten.

Don’t expect some foods to be prepared in the same manner you are used to in the US, and be prepared for some culinary surprises, both good and bad! Be willing to experiment a little with a new food or spice, as you will want to try some of the foods your adopted child is used to eating. The common language in Haiti is French, so you may need to ask for an explanation if you don’t understand the menu. Approach your visit to Haiti as a culinary adventure and experience as much of the culture and foods as you can. Bon appetit! 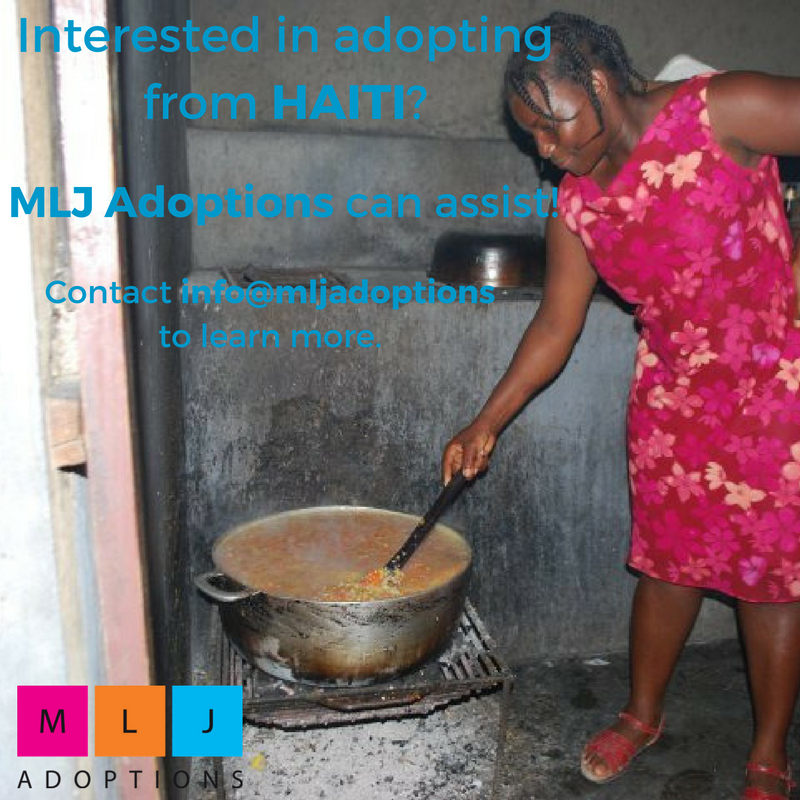