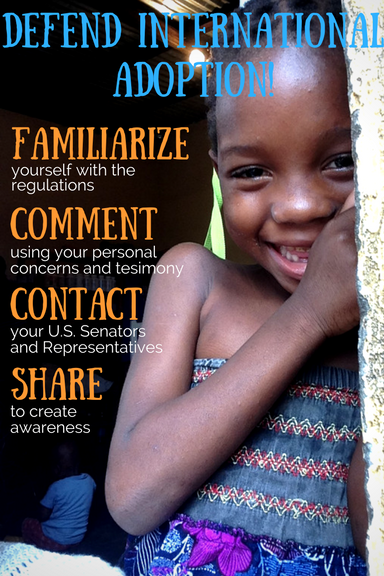 Recently, the Department of State (DOS) proposed new regulations that, if passed, will significantly and negatively impact international adoption. If the regulations pass as they are, they have the potential to end adoptions from several country programs and may also negatively impact adoptions from the rest. This is worrisome for many of us, but the rules have not yet passed, and will not pass as they are if we all make our opinions and comments known.

The 106 pages of regulations proposed by the DOS can be read here. I want to draw your attention to a few main points that will impact the future of adoptions from countries around the world if passed:

While this may sound good at first glance, the reality is that this will lead to more children without families in some of the most impoverished countries in our world. Many country programs require that fees be paid for the care of children, and agencies must charge families for child care at the time of referral. This current practice appears to be against the new proposed regulations. The countries requiring such fees are often resource-poor and depend on these fees to provide the basics for referred children. The cost of child care likely cannot be absorbed by the countries. It is possible that children could either suffer great physical harm or that the programs would be closed entirely under the proposed rules.

This means that DOS may decide that even though an agency is Hague Accredited, licensed by the foreign country and serving families well, that the specific agency can no longer work in that particular country.  If a family’s country program is selected and their Hague Accredited provider is not selected to receive CSA in that specific country, it’s possible that families will be required to transfer to another agency with CSA in that particular country. This could be done by DOS with or without explanation and without a meaningful opportunity to appeal. This would not only cause problems for Hague Accredited providers to operate generally, but may also cause confusion within the country, if cases would have to be transferred to another agency. Such a transfer could lead to delays and additional costs to families.

For instance, there are some states that have 3-6 month waiting lists to get a seat at training and portions of the trainings may be completely inapplicable. Often, state’s education programs spend hours dedicated to the intricacies of the foster system and who’s who within the state’s department of child services. If families could not be trained in their state, the adoption agency would be responsible for providing this training. This may increase the cost of adoption because the cost may need to be passed on to families. The training will also be much less convenient for families, since under the proposed rules 75% of the training must be live (not computer-assisted or video training). 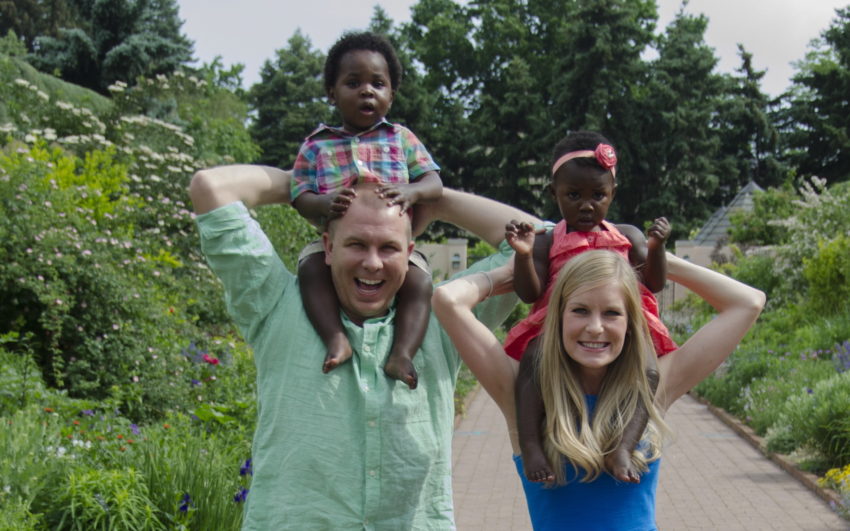