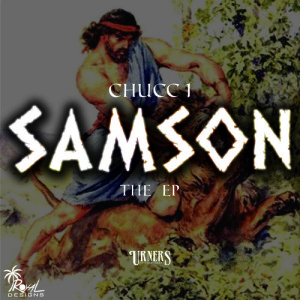 Sometimes large talent comes from tiny places. This is the case for Chucc 1, aka Paul Vaifanua Jr., Samoan Hip-Hop artist. Chucc 1 was raised in Sacramento, California, but both of his parents are from the Islands of Samoa. His father is from Upolu and his mother is from Vailoa, Samoa. His parents came to the states in the 1970s. They divorced in the early 1980s and his father continued with his military career while Chucc 1 moved in with his mother. Chucc 1 grew up in lower income housing on a tight budget as the eldest of five children. He learned to play the trumpet in the third grade and found that music was his passion. He performed in his school band, church band, and small concerts. He struggled through his teenage years as he ran around with a group of friends and neighborhood kids that ended with him in jail. He decided to turn his life around and after several failed business ventures, he started a record label named Urners Entertainment. Chucc 1 says that it is called Urners (pronounced “earners”) because to be successful, you have to earn it. He has released a couple of albums and music videos that are rapidly growing in popularity. He also started his own FM radio show on They Rhythm 105.9 FM in Yuba City, CA.

In a twitter conversation he stated that the last time he travelled to Samoa was in the early 90’s to his mother’s village. His mother still travels there and was there recently to maintain the land that was passed down from his grandmother. He still has aunts, uncles, and cousins living in Samoa. Though Chucc 1 was born in America, he states he still stays connected to his Samoan heritage by carrying on with cultural traditions. He explaines that one tradition that Samoans have is to give a gift, among other things, to honor guests for appearing upon request. This could be for a wedding or a funeral for example.

Chucc 1 is married and has two girls, 12 and 9 years old. His first daughter was born when he was a teenager but abandoning his responsibility is something, he explains, he simply couldn’t do. So he had to grow up quickly. He said that his favorite thing about being a father is seeing his kids grow up. He has so many friends that are not around to see their kids grow up due to prison, passing away, or just giving up. This is why, he explains, being with his daughters means that much more. He states that being a married family man in the business is tough, he has to find ways to juggle and accommodate the needs of the family, but in the end it’s worth it. To learn more about Chucc 1, you can follow him on Twitter or YouTube.

Chucc 1 states his support of the work of MLJ Adoptions Inc. via twitter and wrote, “A very noble profession. God bless you guys!” MLJ continues to try to learn more about Samoa and connect with others from the beautiful country as we prepare for the first families in our pilot program to travel to Samoa soon.