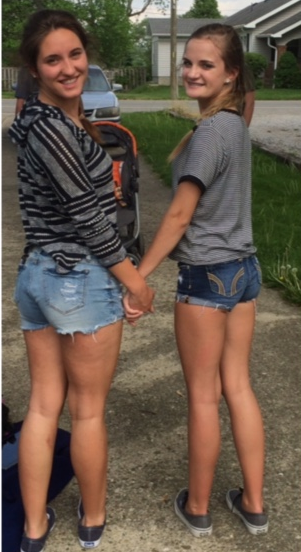 At the conclusion of our Winter Ukraine Hosting Program this year, we gathered at the airport with our host children, their escort and their families. I experienced a familiar knot in my stomach. I have put a child back on an airplane to Ukraine, loving them as my own child and feeling like my heart was being ripped away, and fearing that I would never see “my” child again. It is the part of hosting that I found most challenging as a host family, and my heart goes out to each family.

Why do the children have to go back to Ukraine? Why couldn’t they just stay? Isn’t it cruel to send them back to the orphanage? These are a few of the questions I have received from host families, and have had myself. The children have to go back because they are not ours (despite what our hearts may feel), they are legally Ukrainian citizens that were given permission by our government to visit the United States, and it was promised that they would return to Ukraine. It does seem harsh to send them back, however they have just had the opportunity of a lifetime! They were given the chance to see what it was like to be part of a family, experience American culture, and do things that they might never have had the chance to do in Ukraine. The children don’t see going back as harsh, it is their life and it is what they know.

My Ukrainian children, adopted through hosting, still remember their hosting trip to the United States with such fond memories, however they do acknowledge that saying goodbye was hard. Most of the host children do not cry as they leave, neither one of my hosted children shed a tear. They were experienced with having to gather their emotions and accept what was next. My daughter, seven years old at the time, had such a somber face. I cried so hard that day that I had to throw away my contacts because I could no longer see through them, but she was strong…she had said goodbye before, to the parents she knew, to her brothers and her friends. It is heartbreaking that at such a young age, these children have said too many goodbyes, so many that they have learned to contain their emotions and move forward.

It is important to know that the good to come out of hosting, far outweighs the negative. While saying goodbye is difficult, meeting a child that will forever change your understanding of the word “ORPHAN” is priceless. Some of our host families are now prepared to consider adopting an older child, when initially all they wanted to do was to give a child a fun vacation. I like how one family put it, “The impact you have made through this program on our family will ripple for generations, as now all of our children desire to adopt. “ That is worth having to say, “goodbye”.