Sex and the City Actress, Kristin Davis Is a New Adoptive Single Mom 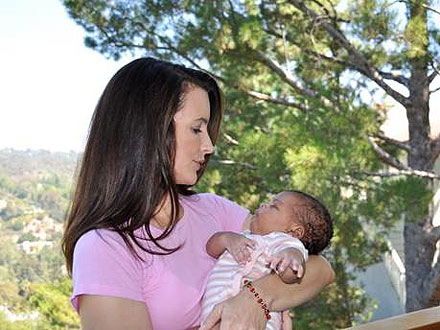 Renowned actress and new single mom, Kristin Davis, of Sex and the City, recently revealed that she adopted a baby girl. When asked about single parenthood, Davis admitted to People Magazine that it is a “hard job”. In past years, single parenthood has not been stereotyped in a positive light. It is often cited as one of the causes of juvenile delinquency and lack of educational progress, due to the often young age and lower economic status of many single parents. But in 2011, we find many educated, professional, established women in their 30’s and 40’s, such as Davis, choosing adoption as a way to build a family and intentionally plunging into single parenthood. Some of these women hope to eventually parent with a partner and some are comfortable single and plan to parent that way permanently.

A 2004 study from Cornell University discovered that it is not the single status of the parent that affects that outcome of the child, but other attributes of the mother, such as the education and income of mother along with the quality of her home environment. This multi ethnic study defined single mothers as ones who had no partner living at home during the time of the survey. The study concluded that “single parenthood in and of itself need not be a risk factor” for educational or behavioral progress. The study did cite that parents without partners often are in need of more resources and a solid support system. One place to find such resources is an already established adoption agency such as MLJ Adoptions. Their offerings of education and support groups can be invaluable to those in the midst of similar life events and can help fill in those critical educational gaps.
Successful adoption and particularly single parent adoption often entails good research up front and a high degree of comfort with your own decision. Sarah Jessica Parker, Kristin Davis’s co star, commented in People Magazine that she is so delighted for Kristin because she will now experience “the unique happiness that children bring to your life”. We can’t say it much better than that.
Hopefully, longitudinal studies could eventually dispel these unfavorable stereotypes.
Photo Credit