A Spotlight on Adoption from Bulgaria! 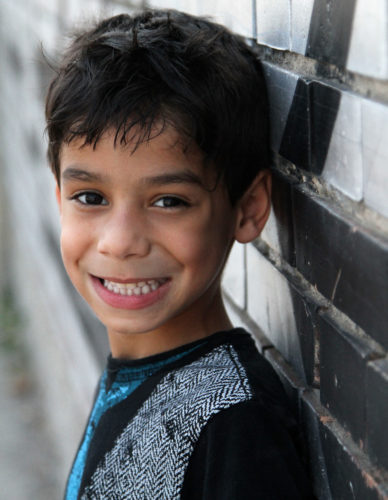 The number of international adoptions has continued to dramatically decline over the past few years. Thousands of children are living their lives in orphanages in countries around the world, not necessarily due to the lack of desire to adopt them, but because of bureaucratic red tape caused by government. Many countries such as Ethiopia and Russia have shut down, and China has become more difficult for many families unless they are open to a waiting child. Bulgaria, however, has continued to be a bright star in international adoption, providing the stability that many country programs lack.

The Bulgarian government has taken several important steps to make the adoption climate friendlier for international adoption. Bulgaria is a signee to the Hague Convention, and has implemented a steady, predictable, and transparent adoption process. Advocacy and changes in Bulgarian laws have continued to create the opportunity for children to find their forever homes. Children are spending less time in institutions and have been placed at younger ages, as opposed to the latest trend of longer waits and more exclusions.

The government of Bulgaria has been working to improve the living conditions of their orphans by creating more family homes and placing more children in foster care. In addition, organizations such as Vesta (MLJ Adoptions’ Bulgarian partner) have implemented innovative programs such as Grandmother from the Heart to help children form attachments to caregivers, helping them to be better adjusted.

The vast majority of children abandoned in Bulgaria are abandoned due to poverty. Bulgarian children who are available for adoption are typically of Roma descent – or commonly referred to as a “gypsy” child. In Eastern Europe, “Gypsy” is a derogatory term to describe Roma people, who are often believed to be uneducated, thieves, or social parasites. Due to the stigma, these children are not typically adopted by Bulgarian families.

In reality, these children are born to families that are often uneducated due to their social status and lifestyle, are very poor, and have little opportunity to change their circumstances. They receive limited accessibility to basic public services, such as health care, public transportation, or sanitation. Due to the lack of education and prenatal care, there are many children born with some special needs.

While some of the children can be as young as twelve months at time of referral, children of all ages need homes. Over half of the waiting children in Bulgaria are over the age of 10. MLJ encourages families to consider as broad of an age range as they feel prepared to parent, as well as being open to as many needs as they feel equipped. Parents can specify the gender of the child they would like, however, openness to either gender could reduce waiting time for a referral. Waiting time can also be reduced if a child is considered special needs, or is near to aging out of the younger age orphanages.

Two trips are required to adopt from Bulgaria. The first trip is approximately seven days, at the time of referral, when families have the opportunity to meet the child and decide if they are moving forward. The second trip is 4-6 months later to bring the child home, and lasts 3 to 10 days.

The Ministry of Justice in Bulgaria deserves praise for its work to improve the lives of its orphan population and for choosing to put the needs of children first. By doing so, Bulgaria has become a very promising international adoption opportunity for families to consider.