Hello, we are Thomas and Ginger Phelps and we have 1 son, Titus who we adopted from Ukraine in March 2017. 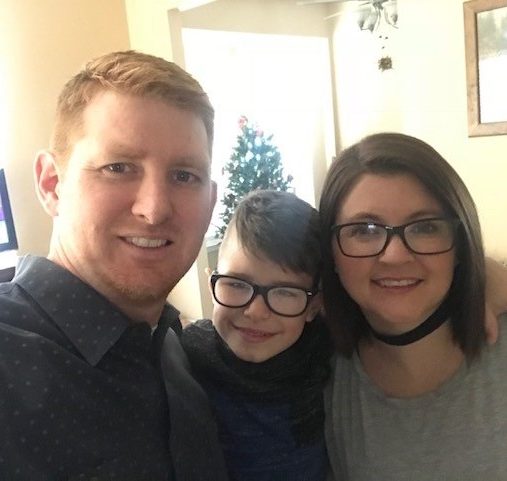 After many failed domestic adoption situations, we felt the Lord calling us to international adoption. We had many friends that had adopted internationally prior to us, which showed us the pure joy and blessing of the experience.

We chose Ukraine after praying over several countries. We each wrote out a list of countries and marked off countries from each other’s list. After that, we began to pray over Ukraine and Bulgaria. We researched both countries and interviewed multiple agencies then decided that the greater need was in Ukraine.

After talking to several agencies, we felt MLJ was the perfect fit because it was the only one who’s program director, Lydia, had actually been through the Ukraine adoption process personally. They had first-hand experience and you cannot trade that for anything. They were fully vested in the program which made us extremely comfortable.

We weren’t actually too surprised by much of the adoption process. We have a VERY LARGE number of friends that have adopted both domestically and internationally so it was literally a normal part of life for us. I did, however, have culture shock when I went to the grocery store in Ukraine and saw a woman buying raw chicken from a bin. She dug her hand right in the chicken, pulled a piece out, sniffed it, and put it back. Needless to say,I didn’t buy any chicken!

On a serious note, we were a bit put off with the Ukrainian government and that they were not exactly excited to see people coming to adopt from their country. We felt that they saw us as an inconvenience and were not accommodating with the files of kids available. Even though we believe our son was the perfect child for our family, we could not quite believe that he was the only file available in the entire country when we had our appointment.

Meeting our son for the first time was an amazing experience. We had no idea what to expect, since we had only seen a baby picture of him. When we arrived at his baby house, we were taken up to his classroom and when he came out he ran out yelling “Mama y Papa” and smiling. My husband walked over to meet him and I stepped out of the room balling my eyes out and needed a moment to compose myself. It was a moment we will never forget! We knew right then and there that we had met our son. 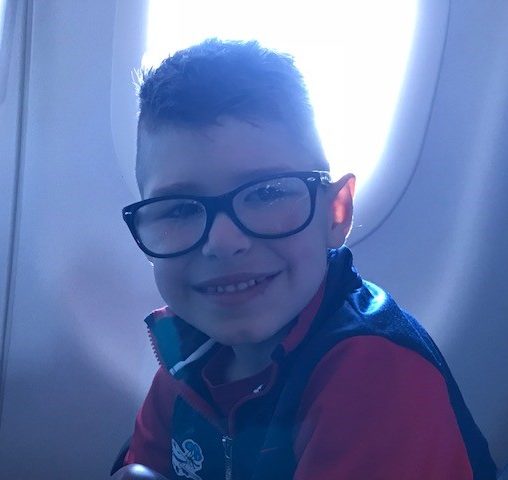 Our in-country experience was great! We stayed in several apartments and met some great people while we were there. For anyone traveling on trains, I would advise you to NEVER travel with 10 bags. We learned the hard way. We found some great food while we were there, with even better prices! While in Zap, we found a restaurant named Sir Lance A Lots that had excellent food and great service. The restaurant was cool too! We ate there at least 3-4 times a week. We also took a weekly trip to McDonalds while there just to get a taste of home.

Traveling with Titus was great! He was so easy. He enjoyed riding the train and flying in the airplanes. During both experiences, he did a great job of playing with toys, looking at sites, and sleeping. The funniest thing was watching how excited he was to watch the airplanes take off and never actually seeing it happen once. He fell asleep in around 2 minutes each time he sat down in the seat. He also loved standing by the window of the plane in the galley looking out over the clouds.

Titus adjusted very well when coming home. He slept in his own bed from day one. We have no trouble getting him to eat good food. He also used Disney Junior to teach himself to count to 10 very early in our time at home. When we left Ukraine we showed him Disney Junior shows on television in full Russian language. After having him home for 2 weeks, we pulled all of the Russian Disney and showed him the same exact shows in English. This really helped him grasp the English language because he already understood what was happening in the shows. He currently doesn’t speak any Russian and we aren’t sure if he remembers any of it. We have been thoroughly shocked at his progress!

As far as activities, he loves hanging out with the kids at church, riding his scooter, playing with action figures, going to the park, swimming, and watching tv. He also REALLY enjoyed our family trip to Disney World! He loves the roller coasters!

Our relatives were head over heels in love with him! They were able to meet him prior to him coming home because we used wifi multiple times a week to talk to the through FaceTime. 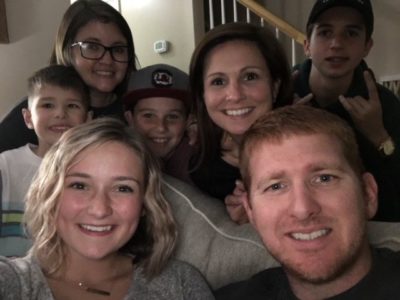 We both have very supportive friends and family. Some of our friends are just like family to us! Titus will never grow up with a lack of love and people around him to support him.

Asking questions of other families who have been through similar situations has been helpful for us. I have also found help in the Ukrainian Adoption group on Facebook. No book can hold a candle to real people doing life together.

We have not experienced any major issues with Titus regarding health. The only difficulty we have had was the fact that he was not toilet trained and we have had to potty train him as though he was a toddler at age 5. He did have to have 3 teeth pulled because of the condition of his mouth.

We would tell parents who are considering international adoption: Do not hesitate to jump in and do it! It is a true blessing and no amount of struggling for finances, or direction can change the blessing that has occurred in our lived because of this experience. It is no less special that birthing a child because either way the child was uniquely and wonderfully created to be a part of your family. Parenting an internationally adopted child is truly a blessing that you can’t compare to anything else.

We would love to tell a funny story from our experience. While at our orphanage, we were playing with Titus outside. This particular day we were walking around looking at all of the playgrounds. As we walked to an area we hadn’t been to before we noticed what looked like a swimming pool that was covered and drained for winter. We asked Titus about it and asked him if that was where the kids would swim. Because of the language barrier, we assume that he thought we asked him if he wanted to swim. He immediately turned and ran towards it and proceeded to jump right in as Thomas grabbed him and I dove toward him yelling “NO!” We had to explain to him that it was closed and extremely too cold for swimming. That was truly a moment that we can’t imagine having to explain to his caregivers had he actually ended up in the swimming pool. Haha! 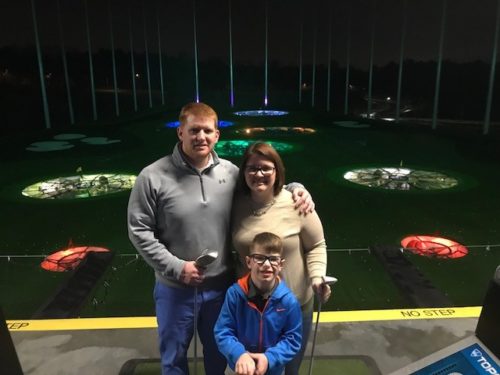