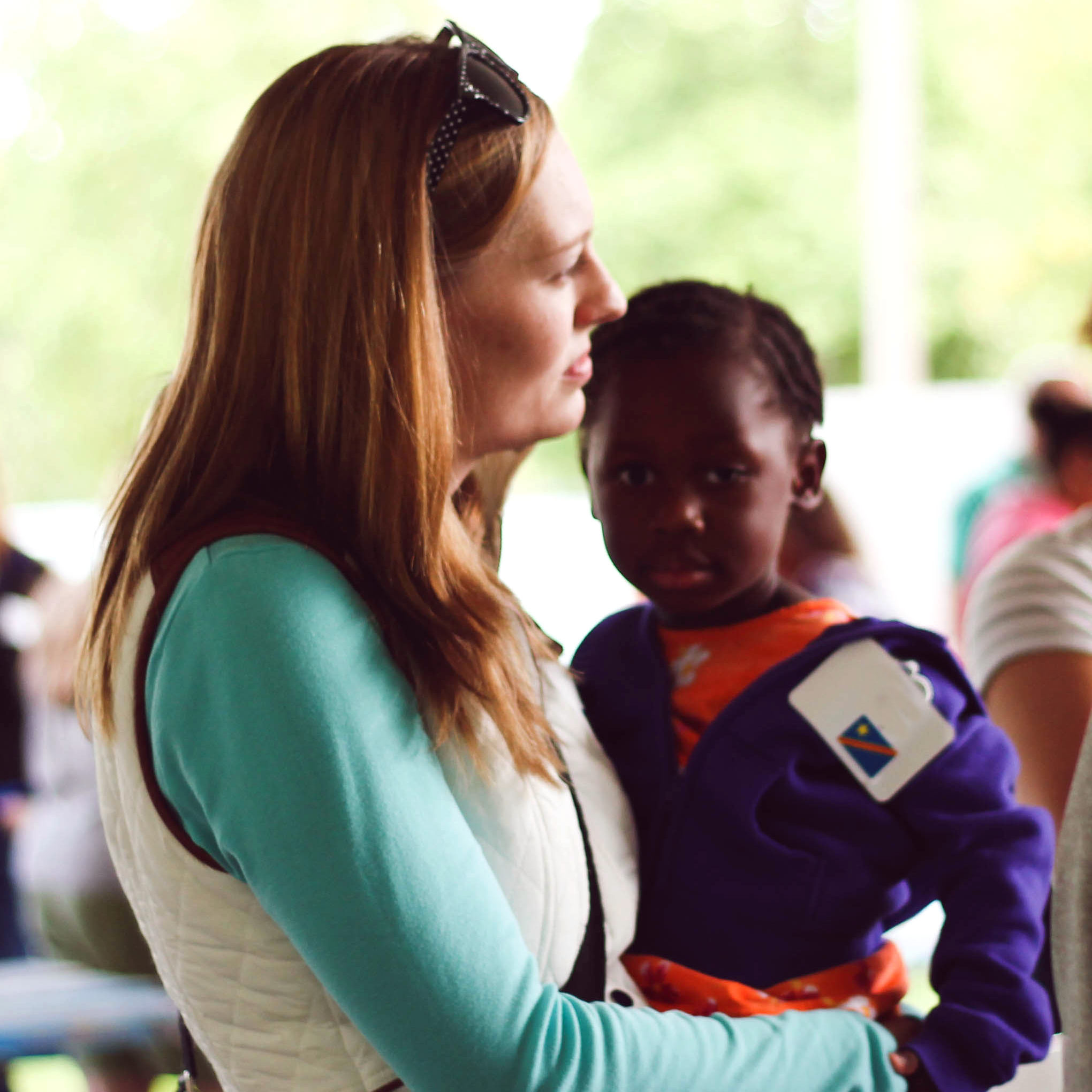 I recently had the wonderful opportunity of seeing the 1947 holiday film Miracle on 34th Street at a local “retro” theatre. Finally, I got to see one of my favorite Christmas movies on the big screen. Yes, it was in glorious black and white! The author, Valentine Davis, got the idea for the story while struggling through Christmas shopping crowds and becoming distraught at the gross commercialism he witnessed.

The film was quite unique in several ways. First, Edmund Gwenn won an Oscar for his portrayal of Santa Claus (the only Santa on film to accomplish that!) The scenes of Macy’s Thanksgiving Parade are actual footage of the 1946 parade; retakes for the movie production were out of the question! And finally, the rivalry depicted on screen between Macy’s and Gimble’s department stores was very real at the time.

This film has always delighted me. However, this year I discovered that the untranslated dialogue with the little Dutch girl was a celebration of adoption itself! When reaching her turn to see Santa Claus, her mother says that she doesn’t speak English because she has just “come over” to the United States. Santa surprises everyone, even little Natalie Wood watching from the background, by conversing with the little girl in Dutch and singing a familiar song. In Dutch, the child tells Santa she wants nothing for Christmas, because she got her gift by being adopted by a new mother (cue the tears!)

So many times, I know adoptive parents desire to hear similar statements from their adopted children, but these don’t often happen. It can be difficult for parents to accept this, but adopted children will rarely express such sentiment early on in the relationship. Your child has, usually without their permission or will, been removed from their homeland, friends, familiar caregivers, possibly extended family, living environment, normal foods, schools, teachers, customs, culture, native language, and even favorite toys. They have come to live with relatively unfamiliar people who have a different language, new rules and expectations, new routines and foods, and a totally different environment. They can be confused, frustrated, angry, sad, and fearful. Would you express initial gratitude to the people who so dramatically changed your life? It’s possible that your child will feel appreciation later on, when the initial shock of the change has worn off and they start to feel comfortable in their new environment. However, the lack of overt appreciation can also be literally due to the fact that the child truly does not know how to express gratitude. While languages can certainly be vastly different, the main reason may be because they have never been taught the concept of gratitude. From their early traumatic lives with biological family, to life in an orphanage where everything was supplied for them in a rote, expected way, the concept of gratitude was never explained or discussed. They truly don’t know what it means to be grateful, or why you should feel that way.

The script for the Dutch girl was just that, a script, written by an adult who assumed all adopted children would express such gratitude to their parents. As an adoption professional, it seems a little unrealistic to me, especially at first. However, I do believe in the magic of the season. I know anything is possible! I also believe that in their hearts, most adopted children are truly appreciative for the amazing opportunity to have a loving, forever family. And even if your child cannot verbalize their unspoken gratitude to you, this is the perfect time for you to share with them how much they mean to you, and how grateful you are to have them in your life. This way, you are teaching them how to express gratitude and how it feels to hear those words of love.