We Will Run for Congolese Women Again 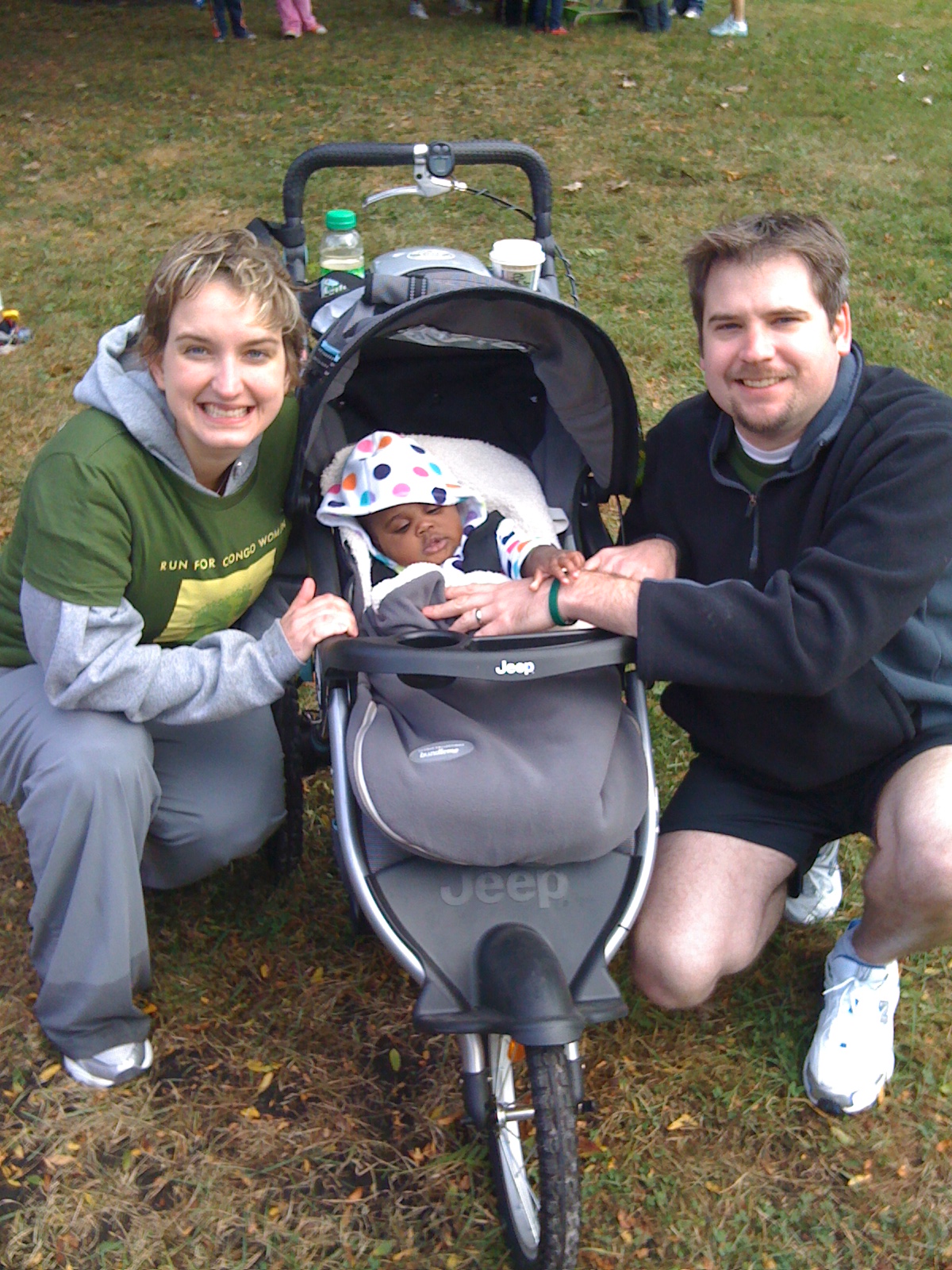 It’s not easy running a marathon. It’s doubly not easy when you are not a runner. It’s even harder when you’re pushing a stroller in the cold at 10am.
But we did it. My husband and I jogged (and walked slowly at times) the entire 5K course in Chicago on October 2nd in Lincoln Park. We made it the entire 5K with smiles on our faces because we were running for an excellent cause. We were running to aid Congolese women.
You know what’s hard? Running a marathon. You know what’s exponentially harder? Being a woman living in Congo. The organization in charge of the run was Women for Women International. They sponsor Congolese women and teach skills like reading, writing, and cooking in areas like eastern Congo, in which an ongoing war has torn apart villages and family life.
Our team was named Team Hope in honor of our daughter and consisted of friends, fellow adoptive parents, and members of our adoption agency staff. Although cold, we were in very bright spirits and we were so happy to be involved in such a great cause.
It was AMAZING to see such a great turn out for the run. There were hundreds of people running and walking in the early morning frost and all with smiles on their faces. We were greeted at the run with a mini festival of Congolese vendors selling clothing and traditional foods. During the run, a small stage of Congolese singers kept the beat with joyful music. It was an excellent way for our small family to celebrate the country of our daughter’s birth and heritage. 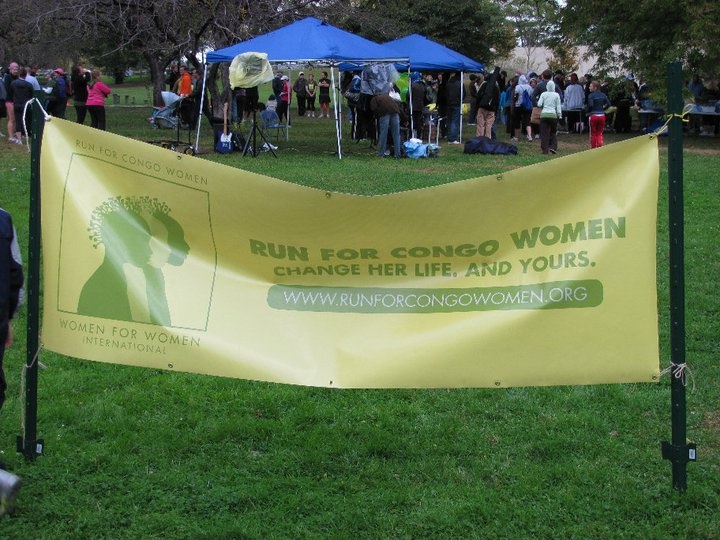 We were even amazed to personally meet and talk to Run for Congo Women’s founder Lisa Shannon at the event. We were able to talk with her and get our picture with her. After reading, A Thousand Sisters, as well as watching clips of her on Oprah and 60 Minutes, we were giddy with excitement.
We plan on running next year as well in Chicago along with any friends and family members who want to come along. We look forward to making the run an annual event in our family as well as fundraising for Congo.
If you’d like to learn more about how Women for Women International is making a difference in Congo, please visit their website to sponsor a woman in need and/or learn how to participate in a run in your area.