What is Pre-Adoption Immigration Review in International Adoption? 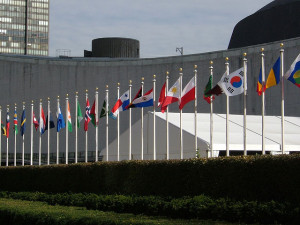 The U.S. Pre-Adoption Immigration Review (“PAIR”) is a process that allows for non-Hague programs to be Hague-like without having to become a party to The Hague Convention, become Hague compliant, or become a U.S. Hague partner. As such, the PAIR process appears to be a viable alternative for the U.S. in implementing systematic safeguards in the adoption process for children residing in non-Hague countries. The process has benefits for the child and prospective adoptive parents. This process may prevent situations where parents cannot bring their adopted child home and may shorten the process from referral to placement. This process could be particularly beneficial for countries that simply may not have the government structure in place and/or resources to fully implement the Hague Convention but may desire its safeguards nonetheless.

In non-Hague countries, where the U.S. does not utilize the PAIR process, parents submit their I-600 after the child is legally adopted or a custody order transfers rights to adoptive parents in the child’s country of origin. Form I-600 is the “Petition to Classify Orphan as an Immediate Relative” of the adoptive parents. After this document is filed, the U.S. conducts what is called an I-604 investigation (Determination on Child for Adoption). This investigation is carried out to ensure that the child referred to U.S. citizen adoptive parents meets the statutory definition of “Orphan” as specified in the Immigration and Nationality Act (INA). In order for the child to be permitted to immigrate to the U.S. as the immediate relative of the adoptive parents, the child must meet the INA’s definition of “Orphan.” The PAIR process would reverse this timeline, investigating the child’s immigration status before the child is legally adopted (or custody is granted) in the child’s country of origin. This would be a preliminary determination that the child meets the definition at that time, though a final decision would still need to be made at the time that the case is adjudicated.

For countries like Taiwan and Ethiopia, authorities within the child’s country of origin have required that Adoption Service Providers submit evidence of PAIR review by the U.S. before an adoption decree can be issued. There are several benefits to this process and we are seeing a trend of its implementation in non-Hague countries where the likelihood of Hague Convention signature, ratification, or accession is unlikely. This process allows USCIS to conduct a PAIR investigation regarding the child’s orphan status and also allows a preliminary determination to be made as to any red flags suggesting corruption was involved in the case. This is a safeguard for both the child and the adoptive parents. PAIR review safeguards the child’s rights in assisting to determine that the child has no known biological parents able to care for the child. It is also a safeguard for the adoptive parents, because, if concerns exist regarding the child’s orphan status, the adoptive parents would not need to go through the expense and heartache of adopting a child abroad only to later find that USCIS determined the child was not eligible to be adopted.

Beginning September 1, 2013, the PAIR process was implemented in Ethiopia in an effort to have additional Hague-like safeguards in the adoption process. We are hopeful that the same process may be implemented in other countries that are experiencing concerns of fraud or corruption in adoption. It appears that looking into implementing the PAIR process should be considered in countries with large numbers of adoptions and any concerns with corruption. The PAIR process allows the U.S. to take a proactive approach when there are concerns in a country while continuing to process adoptions for children who are in need of a family. One of the goals and initiatives in our Hope for DRC campaign is to continue discussions about this possibility and to advocate for this process to best serve Congolese children and adoptive parents; there is such great need for adoption from the Democratic Republic of Congo.