What Not to Say When You Attend an Adoption Fundraiser

Home   /   Resources   /   What Not to Say When You Attend an Adoption Fundraiser
8
Dec
December 8, 2014
by Angela Simpson, BSW
in Resources 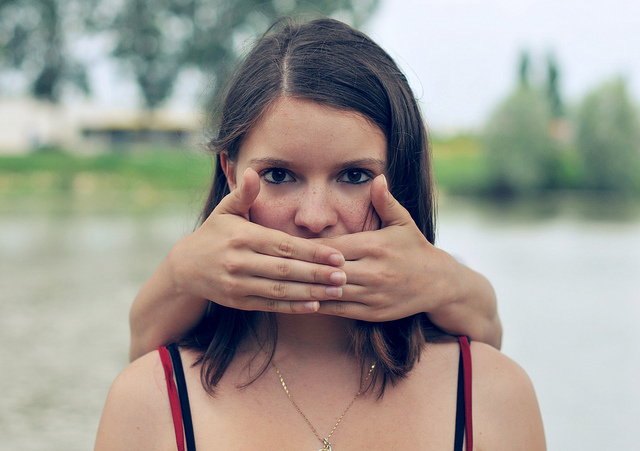 Over the past few years, I have learned that when talking about adoption there are some things that you just don’t say or that you say differently so as not to unintentionally offend anyone. Already in our adoption process, many people have asked us, without meaning to be offensive, when we will be able to “get” our child or if we get to “pick out” our child. She is not property, she is not something to be obtained or picked out; she is a child who will lose everything to join our family. Everyone wants to hear about our adoption process, but not everyone knows how to talk about it correctly.

Cost is one subject that gets brought up frequently, especially when fundraising, but can also be a very touchy subject and parents may not feel comfortable talking about it. We have had a few garage sales so far in order to raise funds for our adoption and I have been blown away at some of the comments we have heard. At one of our adoption garage sale fundraisers I was talking to a girl with whom I graduated high school, she shared that she was unable to have children and went onto say, “Yeah if we adopt we will adopt domestically because my husband always says we buy American in our family.” I’m sure she was just trying to be funny, but a child is NOT something you buy, nor should they be referred to in that way. We can never put a price on a child; they are not property and should not be discussed as such. Adoption is expensive and I think many don’t necessarily understand that the money paid toward an adoption is not payment for a child, but rather it is payment for services, legal fees, translation, travel, documents and much more. An alternative to directly asking how much adoption costs would be to say something like, “I’m curious, what does adoption usually entail?” that way if the parents are not comfortable talking about costs they don’t have to.

One person found out we were adopting internationally and asked, “Where are you getting her from?” A question like this might send a message that a child’s “value” is higher or lower, depending on where she was born or the color of her skin. One suggestion would be to instead say: “I’d love to hear about your adoption journey.” In addition it is probably best to leave out any comments that might be stereotypical, at all, for example, “well at least you won’t have a problem getting into a private school because of well, diversity.” Just because we are going to be a trans-racial family should not give others a license to give us advice based on stereotypes. It’s better just left unsaid.

We had a comedian come to one of our garage sales. I’m sure he was just trying to be funny and get a laugh but he asked us where we were adopting from and when we said Latin America he replied, “Yeah I guess Latino babies are so in season right now.” I certainly did not decide to adopt because it is trendy. Adoption statistics actually show that international adoptions have been declining drastically overall in the past few years, especially in Latin America, so it really isn’t even a trend. Adoption is a personal decision my husband and I have made in order to add to our family. We’re not trying to “save” a child either. It’s also best to avoid telling and adoptive parent that the child they are going to adopt must be so “lucky.” They really aren’t lucky to have lost their family, friends, culture, and homeland.

At the last garage sale we had one couple who bought about 30 cents worth of small fake flowers and handed us a dollar and told us to keep the change as a donation towards our adoption. I said thank you and they started to leave. The husband stopped, turned back around to me and said, “Because we’re doggie people.” I must’ve had a perplexing look on my face because the woman then said, “Oh are you doggie people or kitty people?” I then replied, “Well actually we’re adopting a little girl from Latin America.” The woman then said, “Oh we have a granddaughter who was adopted from Guatemala.” Another woman after seeing my flyers also came to the apparently surprising realization that we were raising money to adopt a child and said, “Oh so it’s a for real baby adoption.” I’m not sure what led them to believe we were raising money to adopt a pet but I’m often surprised by some of the assumptions people make when it comes to adoption.

I know when I first started out working in adoption I probably offended a few people but thankfully MLJ Adoptions has a list of “What Not to Say” when talking about adoption that helped me get started. I am always willing to talk with people and share a better way to discuss such a sensitive topic and help others understand what to say and how best to say it.

Please contact us if you have questions about our international adoption programs.