Neve Campbell Among Other Celebrity Singles Looking to Adopt 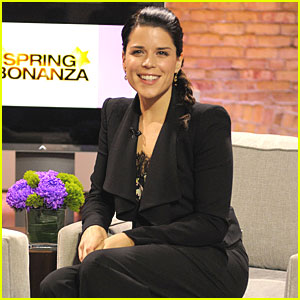 One of my favorite celebrity blogs reported recently that Neve Campbell (of Party of Five and Scream fame) finalized her divorce. I found that interesting since just a couple of months ago she was reportedly researching adoption. She stated to Starplus.com, several months ago, that she had fallen in love with the children of South Africa and couldn’t wait to adopt. So could Neve be one of thousands of singles that adopt sans mate each year? Sandra Bullock, Diane Keaton and Meg Ryan are just a few of the high profile stars that have decided to go it alone in adoption. While celebrities such as these seem to effortlessly adopt children without the benefit of marriage, in real life, singles sometimes fear that they won’t be accepted for adoption due to their marital status.
Forty years ago, single parent adoption would not have been permitted, but today it is widely recognized that persons of varying marital status can share their lives and love with children needing a caring home. Some schools of thought reveal that singles might even be better parents than their married peers. Single parents are able to focus all of their attention on their children and there is none of the stress that comes with marital discord. Also, single parents are typically older, more mature and more financially secure than their married counterparts.
All states in the United States allow for single adoption, but the website Findlaw.com states that singles may actually find international adoption less troublesome. This website further states that single folks may find comfort in the adage “it takes a village” and prepare for adoption by forming a support network on which they can depend. Support for all adoptive parents is encouraged but single parents may particularly find the need for a close set of family and friends. Additionally, networking with other single adoptive parents will enable the prospective parent to gain a firsthand view from those who have been through it. Another tip on this site is that unmarried adoptive parents should seek an adoption agency (like MLJ Adoptions, Inc.) that gives no preference to marital status. Agencies may cater to particular parents based on their particular philosophies and visions.
Single parent adoption may take even more research and determination than adoption by married couples but keep in mind the goal. A little resolve and tenacity could turn your house into a home. Our adoption programs in Bulgaria, Nicaragua, the Democratic Republic of Congo, and Samoa all allow both single men and single women to adopt. Haiti and Honduras both allow for single women to adopt.
Photo Credit