Adopting from Africa – Which Country is Right for You? 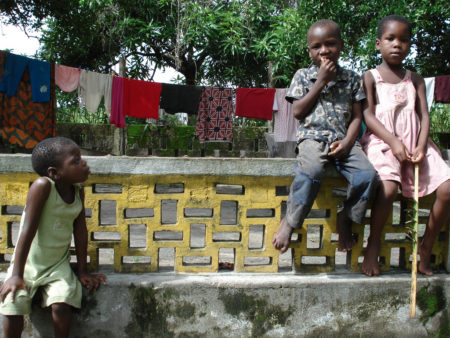 Adopting from Africa is a popular option for American families seeking to grow their families. They are familiar with the poverty in many African countries, and are eager to meet the needs of vulnerable children. However, deciding on which African country to adopt from is a difficult decision. Unfortunately families quickly realize that critical need doesn’t mean an abundance of options. We’ve taken the time to highlight some of the African countries with a history of international adoption. Our list is not exhaustive, but will hopefully present prospective adoptive families with a better understanding of the options and challenges of adopting from Africa.

This Western African country is a newcomer to American families and international adoption, but since it became a Hague Convention country, it has been facilitating adoptions for European families. MLJ recently brought home our first child from Burkina Faso, and the family’s process took less than two and a half years from start to finish! We are continually impressed by the adoption process from Burkina Faso and thankful to offer families an option for adopting from Africa. Since Burkina Faso is a Hague Convention country, there are greater protections to both adoptive families and vulnerable children.

Burundi, like Burkina Faso, is party to the Hague Convention. In fiscal year 2016, eight children were adopted by U.S. families. Agencies working in Burundi work in cooperation with the country’s Central Authority to match orphaned children with families. While MLJ Adoptions does not work in Burundi, other agencies who are working there report that the time frames from start to finish range from three to four years.

In the past five years, thousands of children joined forever families from Congo. MLJ Adoptions was privileged to place a great number of these children. While there is great need for families to adopt from DR Congo, their government issued an exit permit suspension in 2013 that has not yet been lifted. The U.S. State Department strongly advises families from beginning adoption journeys from Congo, and agencies from providing services. DR Congo demonstrates the difficulties of adopting from Africa, especially if the country is not party to the Hague Convention.

In fiscal year 2016, 183 Ethiopian children were adopted by U.S. families. Families hoping to adopt from Ethiopia should be aware that on April 21, 2017, the U.S. Embassy in Addis Ababa reported that was informed by an official from Ethiopia’s Ministry of Women and Children (MOWA) that effective immediately Ethiopia was suspending its processing of intercountry adoption cases.  Despite significant changes to the international adoption process, including the implementation of PAIR (Pre-Adoption Immigration Review) in an attempt to make the adoption process there more transparent and ethical, Ethiopia surprised the adoption community by issuing this suspension.

In each of the last eight years, over 100 Nigerian children were adopted by U.S. families. To complicate adopting from Nigeria, each region has different adoption requirements. Language about adopting from the State Department states, “Nigerian law states that non-Nigerians may not adopt in Nigeria. While the law is sometimes inconsistently applied, the U.S. Consulate strongly advises that non-Nigerian citizens are not eligible to adopt children from Nigeria.”   Nigeria’s inconsistency in applying adoption laws is an example of the difficulty of adopting from other non-Hague Convention African countries.

In the past decade, U.S. families have sought to adopt from Uganda. In fiscal year 2016, almost 200 children were adopted by U.S. families, but Uganda’s adoption process has undergone significant changes that make it a difficult country to adopt from. In 2016, the U.S. State Department issued five alerts specific to changes in laws, processes and procedures for international adoption from Uganda, including a residency requirement that could require adoptive families to live in Uganda fostering the child who they intend to adopt for up to a year before being able to bring their child home. The U.S. State Department is in the process of updating information on adopting from Uganda, and it seems as though Uganda is also in the midst of changing international adoption laws. Uganda is not party to the Hague Convention. 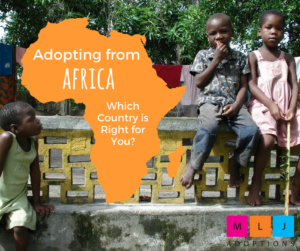