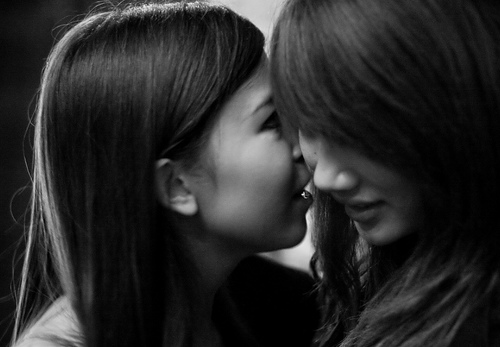 What does this mean for my child?

If you adopted a child under the age of two years, they should be demonstrating age-appropriate language comprehension and production (referred to professionally as receptive and expressive language skills, respectively) in their new language (i.e., English) after an adoption age of one year (i.e., after being home for one year). That is not to say that they will have fully developed the language. A three-year old, for example, has not fully acquired any language, whether they were adopted or not. It does mean, however, that they should have “caught-up” to their peers. In fact, they will go through the same stages of language development, including their sound system, grammar, and vocabulary, for example, as their peers that have not been adopted. This is unlike the development of bilingual children, where the two languages interact in a way that changes the expectations of development. This is important to understand so that if your child is not acquiring language in the same way as a native English speaker (i.e., they sound different), then you would know to contact a speech-language pathologist.

What if my child was older than two-years at adoption?

There is less research currently that involves older children; however, they should also demonstrate rapid language learning in their new language. Children adopted between the ages of two years and five years should demonstrate comprehension skills in line with their age-peers after being home for one year. Verbal skills are expected to take longer to develop than comprehension skills. If your child continues to struggle with language skills after being home for two years, then seek a speech-language pathologist. Older children are also at risk for academic difficulties, because they have lost their first language and have not yet fully acquired their new language. So, if you have adopted an older child, be prepared for struggles at school and be sure to inform the teacher(s) that they may need some extra help. For example, you can ask for lessons in advance so that you can familiarize your child with some of the terms.

How does institutionalization affect my child’s language learning?

Orphanages and other institutions are common in the past of internationally adopted children. The language environment in institutions is poor and some of the child’s potential for language is lost. They will develop on a normal curve but that curve will be set below that of age-peers that were not institutionalized. Enriching their environment by providing opportunities for listening and responding to language, as well as other learning opportunities, will help them regain their language potential. This is why there is such rapid growth in language skills (i.e., “catch-up”)—they are learning so fast that they are no longer on their original, lower curve, but are now approaching and meeting, at times even surpassing, the higher curve of the general population. If they are not “caught-up” by one or two years after adoption, seek a speech-language pathologist.

My child is not babbling or talking—what do I do?

It is normal for your internationally adopted child to cease babbling or talking upon arrival. This stage of language development is what professionals call a “silent period.” Your child may take a few weeks to quietly take in the new language—give it to them. They may need this time to learn, and it is nothing to worry about.

My child’s abilities to understand me and to express him/herself are not the same—is this a concern?

Children’s language skills will develop better receptively before expressively. Just like any other child that has not been adopted, they will go through developmental stages where their understanding of language is better than what they can express.

Will my child speak with an accent and sound different than native English speakers?

Understanding and using the sound system of a language, referred to as its “phonology,” is actually a language skill and will be affected by rapid learning just as grammar or vocabulary. This means that your child will not speak with the accent of their first language but rather as a native speaker of their new language. If adopting an older child, they are more likely to speak with an accent initially, which will most likely disappear within an adoption age of one to two years.