Attorney Advocates for Adoption in United States and Mexico 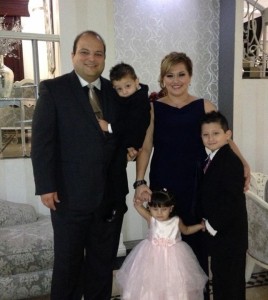 It is with great pleasure we introduce to you MLJ Adoptions’ foreign supervised provider for our international adoption program in Mexico, Alan San Miguel, an attorney licensed in both Mexico and the United States.

The first thing you notice upon meeting Alan, apart from his cordial demeanor, is the unique way he speaks: a mixture of a Mexican accent and a thick Texas drawl. Though Alan was born in Rio Grande City, Texas, he spent his formative years growing up in Monterrey, Mexico, attending school and working on his family’s ranch.  At the age of 19, Alan left Monterrey and headed to Austin, Texas, his first visit to the United States since his birth. With $100 in his pocket and backpack full of clothes, Alan enrolled in classes at the University of Texas and began working at a fast food restaurant. During his tenure as a student at UT, Alan felt called to join the U.S. Marine Corps Reserves. Alan served in the U.S. Marine Corps Reserves for over eight years, serving one year of active duty in 2004.

Following in the footsteps of his father, an attorney in Mexico, Alan chose to pursue a legal career. He attended law school in both Mexico and the United States, receiving his Juris Doctor from Indiana University Robert H. McKinney School of Law in 2007.  Alan currently practices law in the United States and Mexico, with an office located in Monterrey and one in Houston, Texas.

Married since 2002, Alan says it was “love at first sight” when he met his wife at a music contest, where she was the singer in one band and he the drummer for another. The couple has three children, Alan Jr., 8, Sebastian, 5, and Jacqueline, 3. In his free time, Alan enjoys playing the drums, watching movies, and going to the park with his children.

Alan, a longtime advocate for children’s rights, is a strong supporter of children in need of families. His first experience with adoption came from assisting several families in Mexico with their adoptions while still in school. Alan strongly believes that all children deserve loving families and has witnessed the transformative effects adoption can have on children and adoptive families, stating, “It’s a beautiful thing.”

Alan would like prospective adoptive families to know that, while the need for adoption is great in Mexico, Mexico is a relatively modern country with friendly faces and is not a place to fear. His advice for prospective adoptive parents who want to adopt from Mexico is this: “Go with your heart, stay positive and develop patience; not only is it a virtue, it provides you with fuel so that your hopes do not die.”

MLJ Adoptions is thankful for Alan’s commitment to the children of Mexico in need of families, his keen legal eye, and the unique perspective Alan brings to MLJ Adoptions’ Mexico adoption program resulting from his strong ties to both Mexico and the United States.

For more information on adopting from Mexico, please contact us.