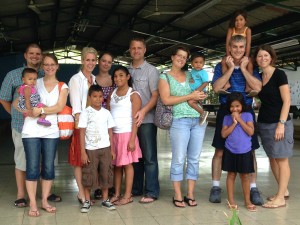 Below the Bultemeier family shares what it was like to stay in-country during their adaptation period.

We were a few weeks from traveling to Nicaragua for the adaptation period when I first began searching for housing.  Our adoption process had moved quickly than expected and I was scrambling, overwhelmed at moving my family to live in another country for a few months.  I had many concerns about safety, transportation and daily living. I was also looking to build a sense of community for our family while we lived there. Through friends, I was introduced to a woman living in Nicaragua whose sole mission was to support families adopting from Nicaragua. Many messages later and with Wendy Willard’s help, I had secured furnished housing and all the essential items I would need to live away from home.

Upon arriving at our condo, Wendy, whom I had never met before, showed up at my door and unloaded all the items (towels, sheets, pots/pans, dishes, toaster and a coffee maker).  I remember being in shock as she and my husband unloaded the van.  She had thought of everything! She introduced us to the neighbors, explained the water delivery, gave us a list of trusted drivers and promised to return in a few days to take to me to the grocery store.  The next few days were a whirlwind as we met our children and brought them back to live with us.  By the time she came back a few days later she could tell I was in complete culture/adoption shock. We had learned that daily living was very different and things we took for granted in the United States were harder to accomplish in Nicaragua.  Dishes, laundry and cooking took longer and were done without some of the conveniences we were used to. Wendy offered so much encouragement that we quickly
became connected in our like mindedness to help children from hard places. 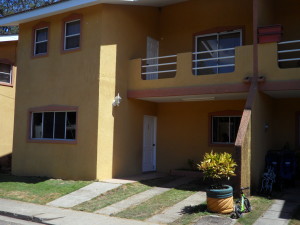 FIT Nicaragua was founded out of the love for the families that make the commitment to give an orphan a forever family.  As a foster family in the United States and missionaries in Nicaragua, the Willard family understands the complexities of moving to another country and fostering children. Through their family, we quickly became friends with Sharla and Carlos Martinez. I will never forget how Sharla sat with me and my daughters at the first medical visit.  Her comfort and help in medical translations were just what we all needed.  Carlos was always there and went out of his way to make sure we always had what we needed. These two families not only helped facilitate, translate and drive us to appointments and outings, they became a part of our Nicaragua Family and helped us build the sense of community we needed to help our children transition into our family.

About two months into our stay we decided to move into the Willard’s home.  Their home at the time was set up as a guest house for adopting families.  Their hospitality and love came out of pure compassion for helping, not only our family, but all those they met that were adopting.  While I was in country they served at least eight other families either through adoption care or as they came for exploratory visits.  It was at that time that FIT Nicaragua was given a name and their vision has grown into how they serve today.  A year later I know so many that have been impacted by their ministry, our family included! Click here to learn more about FIT Nicaragua.