Jillian Michaels Switches her Adoption from DRC to Haiti 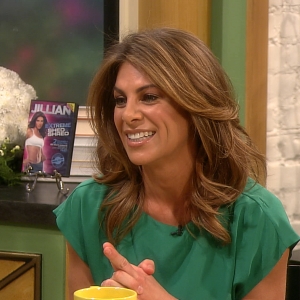 As you may remember back in May, Jillian Michaels, former trainer for Biggest Loser, had announced that she had started the legal process to adopt a child from the Democratic Republic of Congo. Jillian explained that it was a pilot adoption program in Congo and she had commented, “I’m terrified that [the country] will close, so I just keep my fingers crossed and hope for the best and give it to God.” Jillian had completed her dossier for Congo and because she was worried that Congo would not work out she started a second adoption in Haiti. Jillian just announced last Friday to Access Hollywood that she has received an adoption referral for a little girl from Haiti. Jillian said, “But I now have to get her home… It could take up to a year to get her home.” Now Jillian plays the waiting game, which can undeniably be the toughest part of adoption.

It has been a struggle for other adoption agencies to be successful in Congo. The Congo program at MLJ Adoptions, Inc. is not a pilot program and has successfully brought 60 children home from Congo and has more scheduled to come home in January. Families currently in our Congo program have been receiving a referral within approximately two to four months from receiving their I-171H from USCIS and their child usually comes home approximately seven to 11 months later. Many parents in the adoption process have a concern that a country might close. MLJ does a great job of researching and building relationships in the countries, staying up to date with changes, and keeping families informed. Countries can close, which is completely out of our control, but so far our adoption program in the Democratic Republic of Congo has continued to be a huge success and we do not anticipate the country closing any time soon. Even if a country were to close, MLJ will work with families to overcome the obstacles and to find another program that might be a great fit for their family.

Jillian is very excited about becoming a mother and she commented, “So now, it’s just a matter of trying to get her home and anything can happen and fall through or fall apart, so it’s kind of premature for me to say it, but that’s where it’s at.” Adoption can be stressful for anyone even a celebrity. Jillian said “So if it falls apart, you’ll know why I’m like, devastated and not coming out of my house for months.” I’m sure anyone who has been through an adoption or are in the process of adopting has felt this way and can relate to the feelings. Jillian is far from alone in her adoption pursuit, since she has an extensive support system of assistants. She said, “I honestly don’t know how somebody without money and help could ever get this done,” Jillian says of the international adoption process, “It’s a full-time job,” she added.

Adoption really is a life changing, stressful but yet rewarding time in a family’s life. It is very important to have a support group of friends and family who can help you get through it. It really isn’t feasible to have a hired on staff like Jillian Michaels so you have to be even more diligent about finding people who are going through the process or have gone through the process to talk it out with. MLJ offers support services such as one on one support calls or meetings, family counseling, and group support such as While We Wait. Our support services are highly recommended to all families who have been touched by adoption.