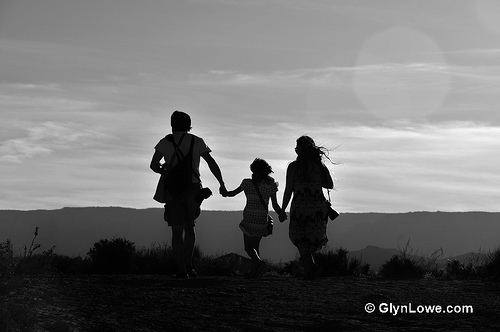 Children are not in need of families through international adoption because of happy circumstances. These children need a family because their biological family was unable or unwilling to do so. Poverty, abuse and neglect are likely to have affected your child’s early development. These children may not have had positive social skills modeled for them in their early years. Your child may have spent their early childhood in a group setting with little supervision or discipline. Social skills like respect, listening, and obedience necessary for navigating relationships with adults may be a foreign concept to your child. It is not fair to the child to expect he or she inherently understands the complexities of social interactions without such skills being modeled for them. For many children who have been adopted, the social skills necessary to successfully navigate their world can be taught through patience and practice with the help of parents.

Teaching our children “Life Value Terms” that are easy for them to understand, modeling the skill and having the child model the skill is key to helping children “from hard places” learn how to interact with the world. Dr. Karyn Purvis explains how important it is to use simplistic “Life Term Scripts” with just a few meaningful words to teach appropriate social skills. Dr. Purvis has coined many of these useful phrases that she teaches to parents. These phrases are short and to the point, so that children can understand the terms clearly. Being verbose or lecturing children, especially those with learning difficulties, often does not work in teaching and correcting social behaviors. Below are several phrases created by the TBRI® team that have proved successful:

Initially these phrases may be meaningless to a child, but it is up to parents to give those phrases meaning. To give the phases meaning the parent should model behavior and engage in puppet play or skit play to model the behavior. For instance, if I were to explain “gentle and kind” through puppet play, I may show one puppet character (Puppet A) shove the other character (Puppet B) out of the way in order to get a toy. Following this puppet interaction, the parent would explain that this is not “gentle and kind,” and this hurt Puppet B. Then, you would show the child what that interaction would look like if Puppet A were to act in a “gentle and kind” way. Perhaps Puppet A would say to Puppet B “excuse me, I would like to get to play with that toy.” Then you might explain to the child that this is “gentle and kind,” which is the acceptable social behavior.

One important aspect of modeling behavior through puppet play or skit play is to remember to always act out the preferred behavior last and praise the child. This is important so that the child has motor memory of the positive behavior last and so that they experience praise at the end of the lesson. If the child experiences praise, they are more inclined to want to engage in the same type of lessons again. In addition, through the use of puppet and skit play, we are proactively teaching the child life skills, as opposed to only reacting to and correcting behaviors that are negative. This proactive approach helps to develop a trusting relationship and furthers the connection between parent and child. It shows the child that their parent is on their team and that the parent wants the child to be successful. This also allows the child to learn which behaviors are appropriate and which are not in a safe way and during a calm time. A child is much less receptive to this type of leaning in a higher stress time and especially if they are having a meltdown.