Why Spanking is Not Effective for an Adopted Child 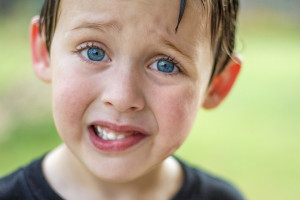 The topic of spanking has been debated for decades, with arguments surfacing such as, “I was spanked and turned out just fine” and the ever popular “but if I spank him the first time, he’ll know not to do it again.” Spanking is a physical means to address inappropriate behavior and it may actually stop the behavior initially, but never teaches the child how to appropriately respond. By utilizing discipline techniques like “re-dos” children are better able to learn how to appropriately respond and conduct themselves. Spanking may actually cause the child to become afraid of their parent. For an adoptive child who has already suffered loss and who may have already been abused, spanking will not foster attachment but may actually re-traumatize them, further complicating your attempts to build trust and attachment with your adoptive child.

Something else important to remember is that children all over the world, and people for that matter, are typically exposed to much more violence than here in the United States. This means that there is a very good chance that your child has witnessed some sort of violence in their very short lives, whether that is as a victim of abuse, an abuser towards others, or simply an observer of others that have been victimized. Remember that children who are adopted have already lost everything they have come to know; their families, culture, friends, and way of life. Because they have likely been exposed to abuse, they will not respond well to traditional methods of discipline, such as “time outs,” corporal punishment, grounding or demands. Such reminders may act as a trigger for the child and elicit regression. In the past, being spanked may have communicated to the child the message that they were not loved, wanted, or rejected.

It is important for children that join a family through adoption to receive nurture from their parents at all times: during times when they behave inappropriately and even when they are acting appropriately as well. Building trust and attachment is more essential than “fixing” the child’s present behavior. “Time outs,” love withdrawal, deprivation, grounding and reacting in anger do not work with many adopted children because they often have trouble thinking consequentially. These children have often not received the proper brain stimulation to be able to understand consequences. Research demonstrates that early trauma has a long-lasting impact on the brain and brain-development throughout the life of the child. They have survival skills that look more like fight, flight, freeze or whatever has worked for them in the past, which are extremely time consuming to break. This means that patience, nurture, and consistency are going to be your allies in addressing misbehavior; spanking, on the other hand, is not.

To give you a better insight in the fear response, and survival mode that children who are adopted may experience, we highly recommend reading The Connected Child. If you are unable to read the book in its entirety, check out the fourth chapter of the book which talks specifically about the fear response that adopted children may experience. The Connected Child was written by Dr. Karyn Purvis and Dr. David Cross, who have devoted their lives’ work to researching and developing Trust-Based Relational Intervention (TBRI) in an attempt to understand the underlying problems surrounding a child’s issues, based on their history, rather than focusing on fixing present behavior, as traditional discipline methods and research has.

Adoptive parenting is hard and requires a unique skill set, specific to each child which takes into consideration the child’s individual story. It is important to create an environment in which they feel safe and can be successful. By creating safety and security in a child’s life, they’ll begin to experience emotional connectedness and healing. By utilizing these building techniques, trust and attachment will inevitably follow and the building blocks for deep and meaningful relationships will begin to form and healthy relationships will be constructed.

For more information on our Adoption Services, please contact us.